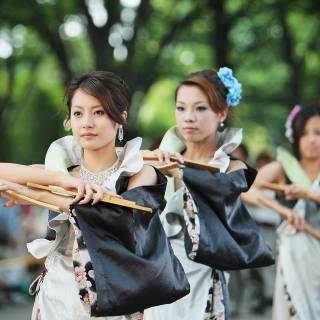 33 Yosakoi dance teams will participate in this one day festival. The parade route will be on the street that connects Chofu and Fuda stations.

Aside from dancing there will be lots of “festival” food on offer including oden, chijimi, kakigori, barbecued squid, yakisoba and candy floss as well as soft drinks and beer.