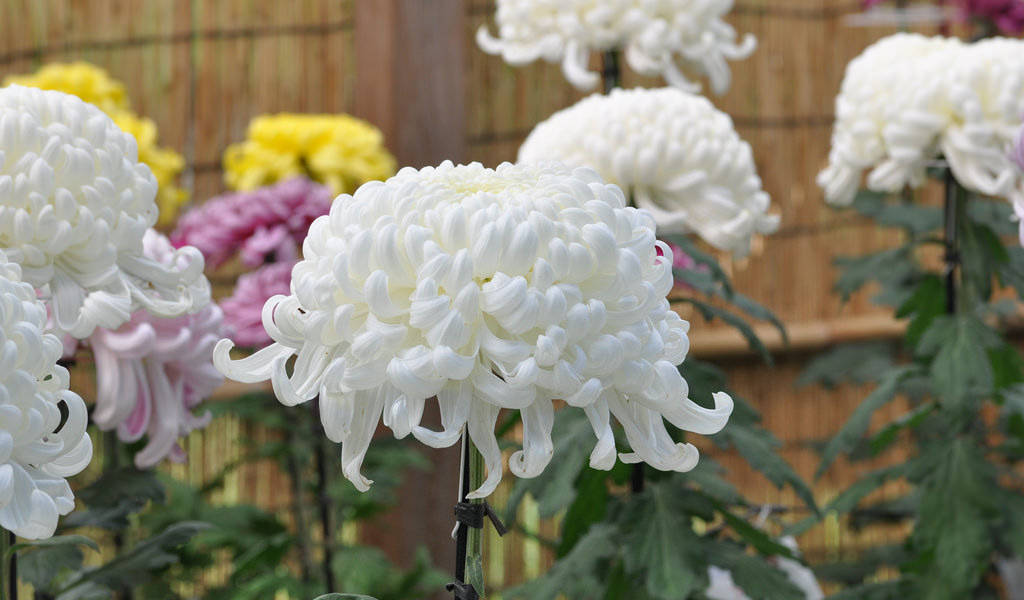 Special chrysanthemum flower beds and arrangements will be on temporary display during this exhibition at Shinjuku Gyoen. Chrysanthemums have been cultivated at Shinjuku Gyoen sincen 1904, but the ones displayed happen to come from inside the Akasaka villa grounds.

Chrysanthemums arrived in Japan from China and later became the symbol of Japan’s Imperial Family. In 1878, the Imperial Household Department organized the first chrysanthemum viewing event in Akasaka on the grounds of the Imperial Villa.

This event has been conducted at Shinjuku Gyoen since 1929. To enter the park, you pay a small fee of ¥500 (free if you’re an elementary/junior high school student). Aside from that, you can enjoy the viewing event and the rest of the park as much as you like, so make the park your reason to get out of the house this November.