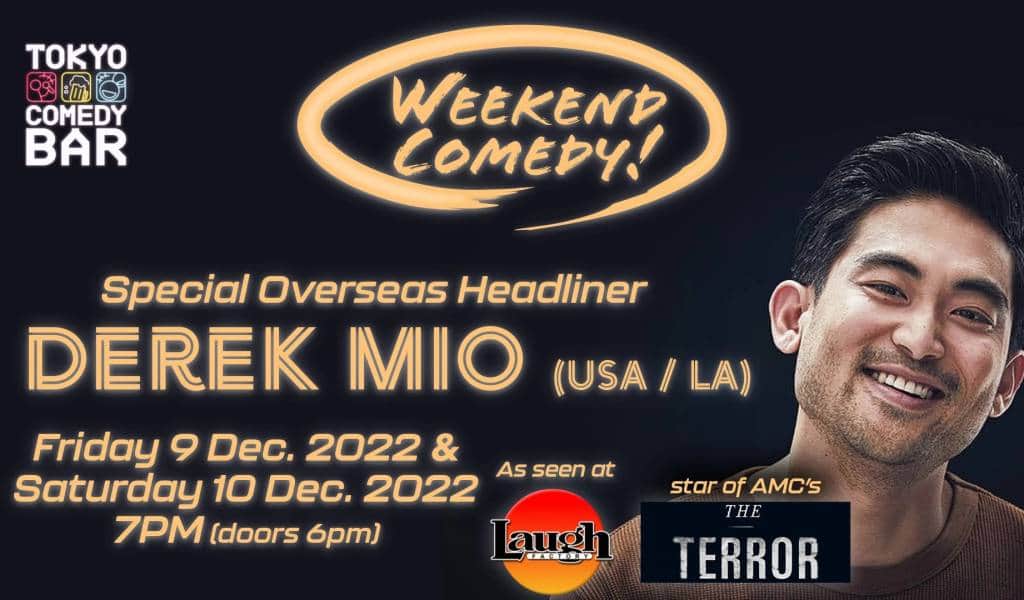 Japanese American actor and comedian Derek Mio is joining Tokyo Comedy Bar for a weekend of headline shows! He will be headlining the Friday Dec. 9 and Saturday Dec. 10 Weekend Comedy shows, both starting at 7 p.m.

Derek Mio grew up in Huntington Beach, CA and earned a Bachelor of Arts from USC’s School of Cinematic Arts. He is an alumnus of the Meisner-based Joanne Baron/ D.W. Brown Studio and also studied at Upright Citizens Brigade, The Michael Woolson Studio, and Aquila Morong Studio. In addition to acting, Derek is an impressionist and has performed stand-up comedy at the Improv, HaHa Comedy Club, The Laugh Factory, and The Comedy Store.

We do our best to make sure event info is correct. However, all event details are subject to change.