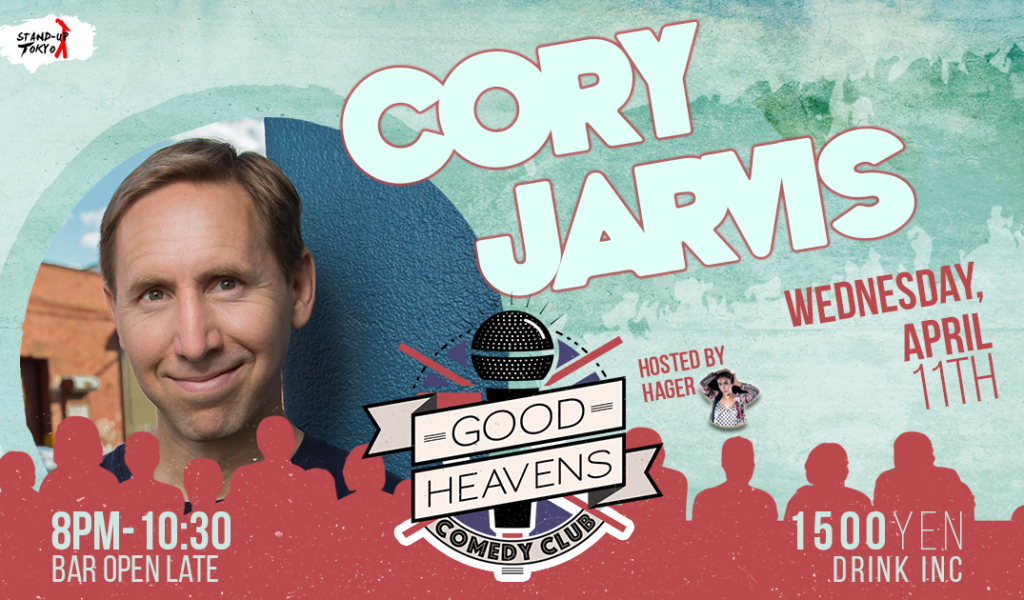 Tokyo’s flagship English Comedy Show features some of the best of the city’s comedy talent as well as up-and-coming stars every week.

This week our headliner is none other than NYC-based comedian, actor and writer Cory Jarvis.

He has appeared on the Travel Channel, AXS TV and Funny or Die. Cory’s writing has been featured on EpicThings.com, Best Week Ever creator’s App “This Just In,” and Metropolis Magazine. His story about starting comedy in Tokyo was featured in Reader’s Digest, and he recently wrote and directed a comedic short movie about the people who dress as characters in Times Square.

Tickets are 1,500 yen including a premium drink. Make sure you’re there at 8pm to guarantee yourself a seat.