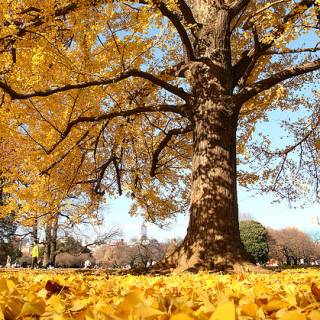 The ginkgo trees of Hachioji were planted along the streets when the city expanded during the Showa period. The highlight of this festival is a tour of sekisho (old checking stations) complete with vintage pass permits. Additionally, a parade of classic cars from the Showa period and before is planned.