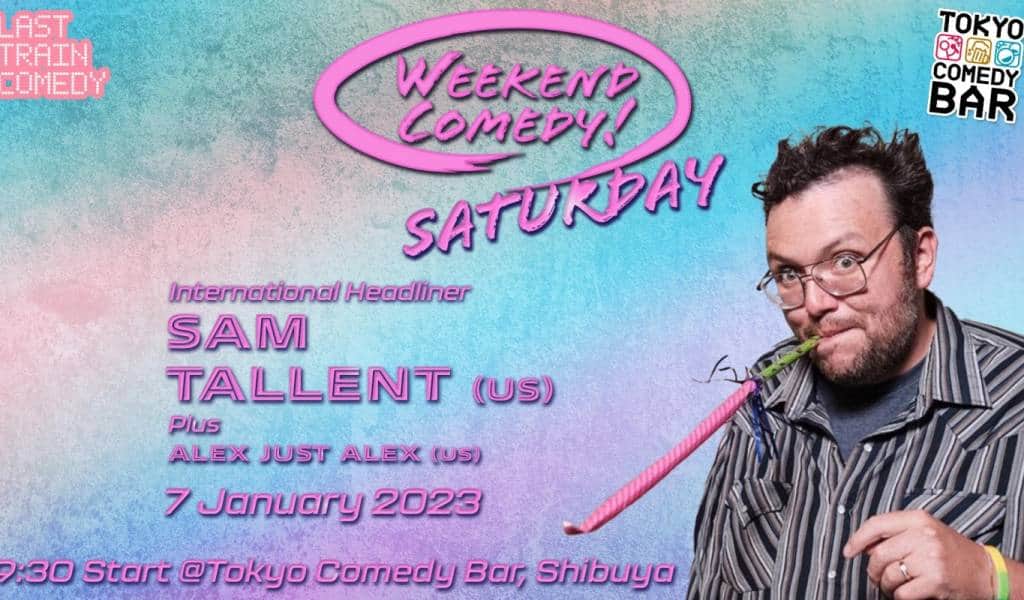 Known for a whip-quick wit and rollicking improvisations, Sam Tallent is one of the sharpest, most original rising talents in comedy today and is performing in Tokyo for one night only. Don’t miss this opportunity to kick off 2023 with some amazing comedy!

For the last 10 years, he has performed at least 45 weekends annually across America, Canada, and France. Called “the absurd voice of a surreal generation” by the Denver Post, Sam is beloved by fans of contemporary comedy. He was a New Face at the 2019 Just for Laughs Montreal Comedy Festival, he won his battle on Comedy Central’s Roast Battle, hosted the Denver episode of VICELAND’s Flophouse and appeared on the Chris Gerhard Show to impress a girl.

We do our best to make sure event info is correct. However, all event details are subject to change.