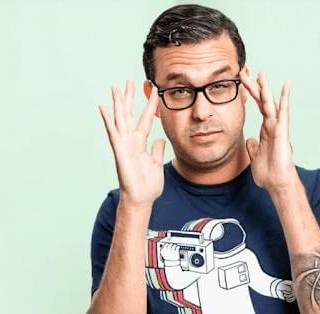 Good Heavens is thrilled to present comedian, actor, writer and podcaster, Joe DeRosa for an evening of comedy on Tuesday September 25th. Joe is one of most popular comedians on the US comedy circuit in addition to being a prolific and influential podcaster. You might recognize him from Better Call Saul, HBO, Netflix, Comedy Central and the Joe Rogan Experience. A true comedic all star. Tickets are 1000 yen cheaper if bought on advance so save and spend your extra yen on a drink or two during the show.