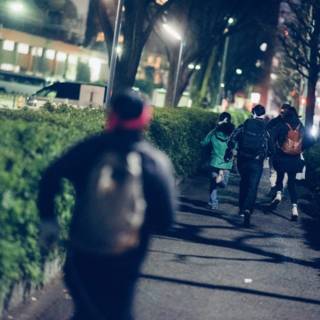 Journey to the End of the Night: Horror Edition

Journey to the End of the Night is a free street game of epic proportion run by volunteer masterminds in cities around the world. It is a race/chase through city streets at night. This edition, the 8th one in Tokyo, will have participants attempting to escape hordes of zombies as they race through the horror filled streets of Tokyo.