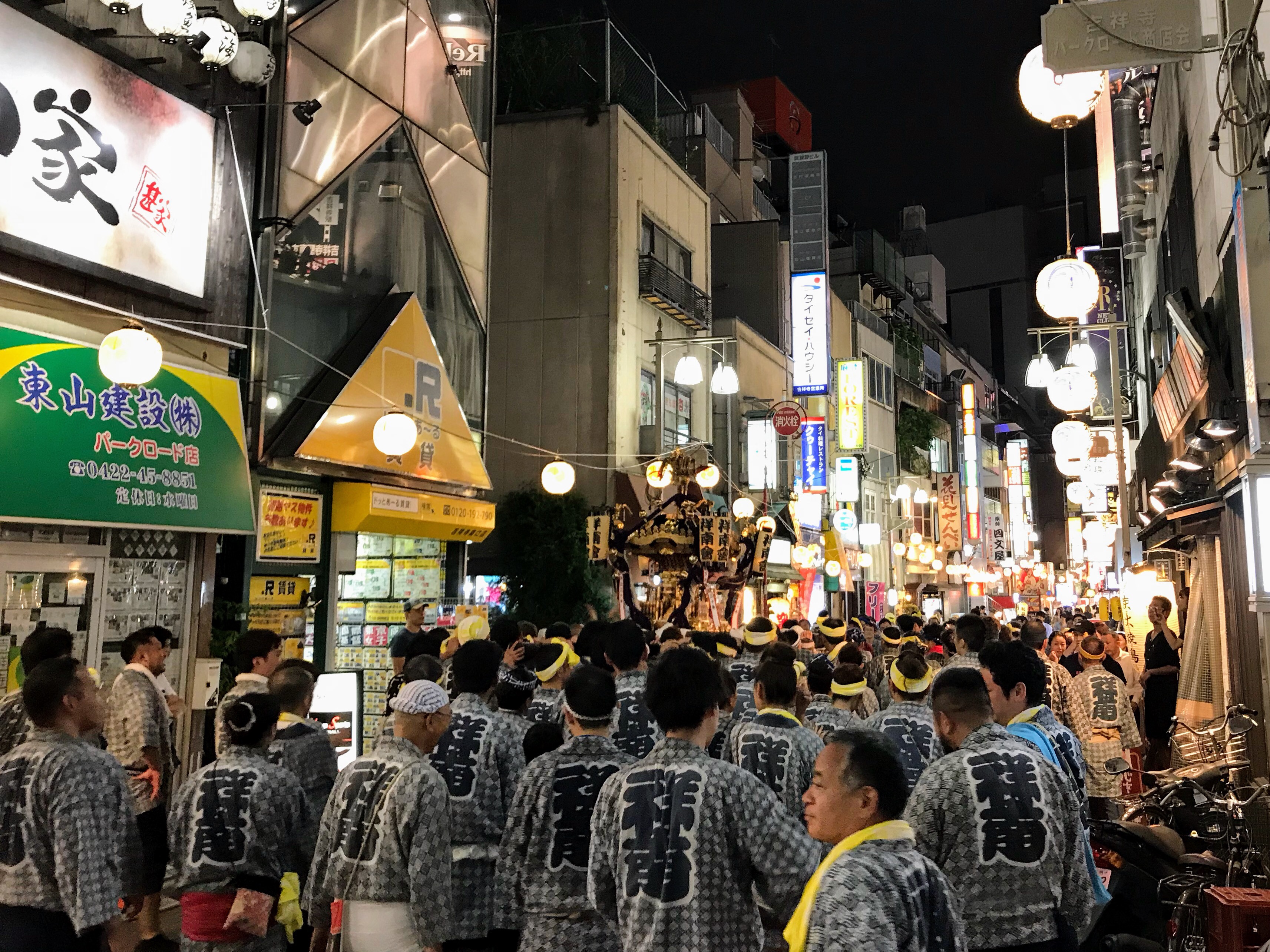 For the 47th time the residents of the fashionable Kichijoji neighborhood get together and get rowdy (in a very organized way) for the Kichijoji Aki Matsuri (autumn festival).

On the first day of the festival, the mikoshi (portable shrines) from the various neighborhoods of Kichijoji will be jiggled and jostled around the streets, ending up in front of the station on Heiwa Dori. On Sunday, the focus shifts to Musashino Hachimangu shrine for their main festival. The processions start from around