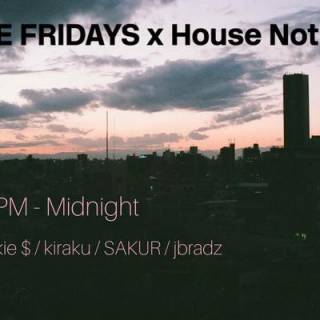 Special edition of KITSUNE FRIDAYS, a fortnightly DJ and dance event at Kitsune in Shibuya produced by ageHa. This edition sees the decks curated by none other than the boys behind House Not House records. Expect nothing but the finest of groovy UK tech in a chill atmosphere. All for the low, low price of FREE!