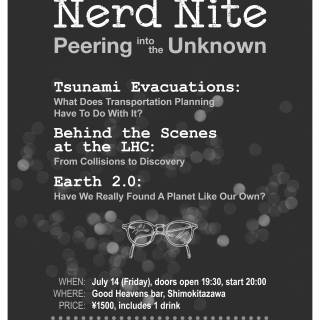 We are peering into the unknown, looking for bosons and exoplanets at Nerd Nite in July.