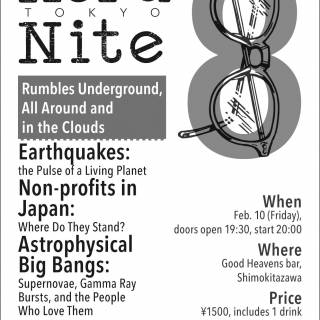 Nerd Nite #8 – Rumbles Underground, All Around and in the Clouds:

Earthquakes: the Pulse of a Living Planet — Geophysicist Christine Houser on seismology and Earth’s tectonic dynamics

Non-profits in Japan: Where Do They Stand? — NPO consultant Sarajean Rossitto on developments in volunteerism and philanthropy post-3/11