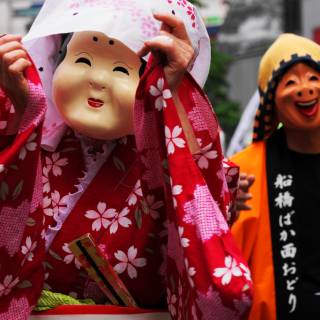 Borrowed from Kagoshima, the 21st edition of this festival features food and delicacies from the Satsuma domain on both Saturday and Sunday as well as a parade along Dogenzaka Dori from 12:50 on Sunday. The parade will feature taiko drumming, marching troupes and more kimono clad traditional dancers than you can shake a stick at. The closest station is Shibuya (on about 10 different train lines).