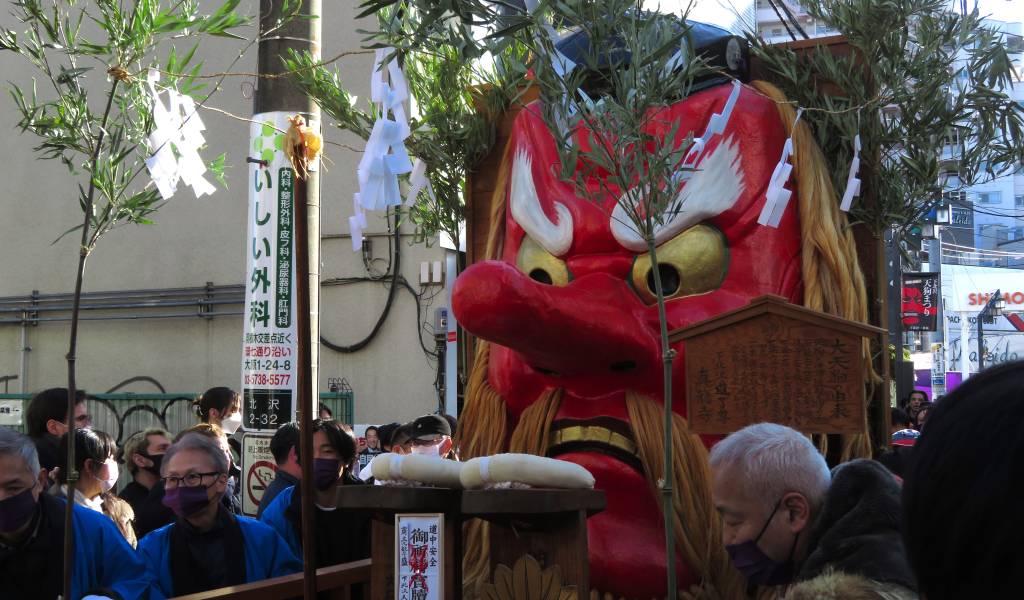 After a few years of cancelations, the 91st Shimokitazawa Tengu Festival will go ahead.

Every year during Japan’s Setsubun Festival (the day before spring in the old Japanese calendar), many demon-like characters called tengu prowl the streets of Shimokitazawa. Residents scatter roasted soybeans around these creatures and chant “Fuku wa uchi!” (“Fortune in!”) three times.

Traditionally in Japan, before “Fuku wa uchi!” you are meant to say “Oni wa soto!” (“Demons out!”) but that is prohibited to wish upon the demons of Shimokitazawa. It comes from the idea that the tengu will naturally disappear after hearing wishes of good fortune, plus they are seen as bringers of luck themselves.

The highlights of the festival include an enormous tengu mask parading the streets, food stalls, and a soybean stamp rally.