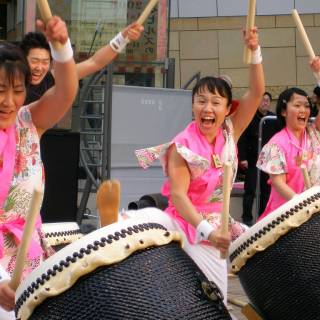 Nine teams from around Sumida ward get together to make lots of noise with wadaiko drums. The hall at the Edo Tokyo Museum holds 800 and entry is free – you might be asked for a charitable donation though.