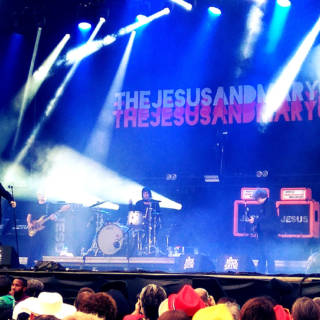 A Scottish alt-rock band with five studio albums under their belt, The Jesus and Mary Chain are coming to Tokyo. Ever since the release of ‘Upside Down’ in 1984 the band have been a staple in the British rock scene and were inspired by The Velvet Underground, Pink Floyd and The Shangri-Las. Despite breaking up in 1997, the band reformed in 2007, performing at Coachella and going on to release new album Damage and Joy in 2017 and supporting Nine Inch Nails on their tour.

The event will be held at Shin-Kiba Studio Coast which is also AgeHa. Please note that a cash drink purchase is required upon entry, in addition to the entry ticket. Doors open at 5pm and the show will start at 6pm.