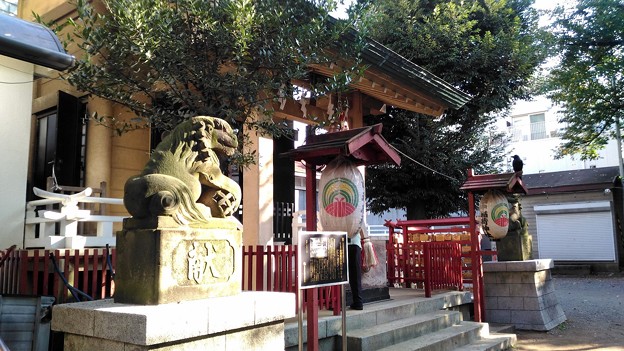 Pic: さんばい used under CC
Sharing
We are yet to confirm the dates and details of this event.

Tokugawa Ieyasu himself founded the Teppo-gumi hyakunin-tai (Hundred-Member Gun Squad) to defend his shogunate in the capital. The squad was stationed in Shinjuku in an area named in its honor and now known as Hyakunincho (hundred-member town).

Hyakunincho is home to the Kaichuinari-jinja Shrine, where many vassals of the squad visited to pray that their shot would always hit its target. People later created the shustujin-shiki fair to commemorate the gun squad and also to give thanks for the luck bestowed by the shrine. The fair is now held every odd year.

The fair is now held every odd year. Men in armor and helmets parade through Hyakunincho, test fire matchlock guns, and give public demonstrations of battlefield exercises.