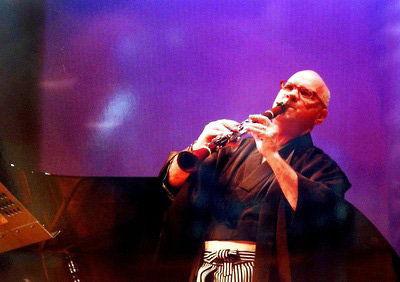 “Tokyo to New York” celebrates the connections between Tokyo and New York City with a series of concerts in Tokyo and New York – and throughout the world. The concerts feature new works composed for Western classical instruments as well as traditional Japanese instruments. The composers come from Japan, NYC, and throughout the world and include a wide variety of styles of music, from Japanese avant-garde to contemporary classical, abstract to minimalism, contemporary music from around the world, and J-pop to jazz-influenced pieces.

The composers have ranged from 19 to 96 years of age. They come from all walks of life and experience: from university students to university professors; from university students to university professors; from self-taught composers to composers with Ph.Ds; from emerging composers to composers that have won such prominent awards as the Takemitsu Prize, Grammy Award, Latin Grammy Award, and the Pulitzer Prize. The musicians of “Tokyo to New York” have had the opportunity to work with many of the Japanese and American composers programmed in these concerts, and since 2012, “Tokyo to New York” has performed over 100 world premieres and numerous Japan and United States Premieres.

Tickets cost ¥2,500 per person but if you mention Tokyo Cheapo either on the door or when making a reservation you save ¥1,000!