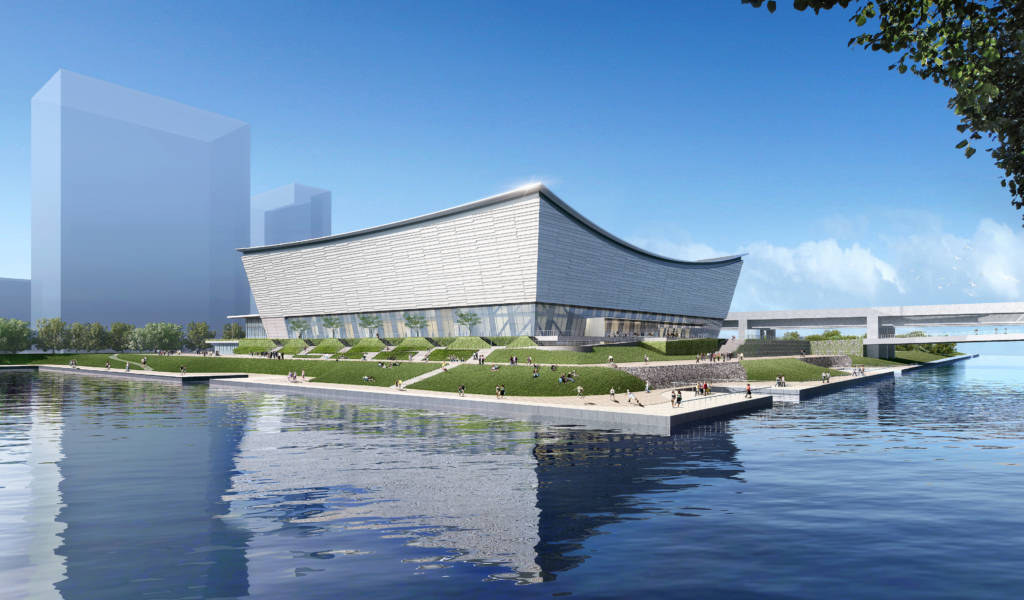 Completed in late 2019, this new arena in the Tokyo Bay area hosted both the Olympic indoor volleyball and the Paralympic basketball games.

Designed to hold around 12,000 spectators but destined to hold none, this arena was one of the six new permanent builds for the Olympics and was budgeted to cost around $320 million.

The video below shows the day-by-day building of the stadium in its early stages.