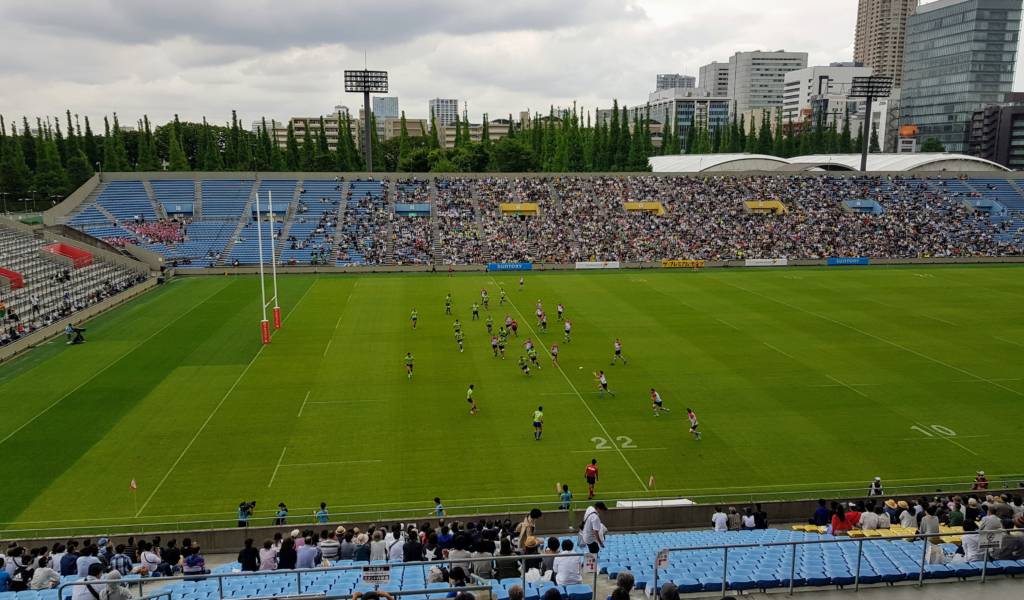 Chichibunomiya Rugby Stadium is the spiritual and soon to be former home of rugby in Japan.

The compact stadium gives spectators a close up of the action on the field, making for a great place to watch rugby and a lively atmosphere.

The stadium hosts international games between Japan and touring teams. It’s also the home to the Super Rugby Sunwolves. The stadium also gets plenty of use during the domestic Top League Rugby competition, which attracts a number of international stars in the twilight of their careers.

For domestic games, fans are permitted to take their own alcohol and food into the stadium, so catching a game at Chichibunomiya can make for quite a reasonable day out.

Sadly the stadium, along with neighboring Jingu Baseball Stadium, has been scheduled for demolition for some time.