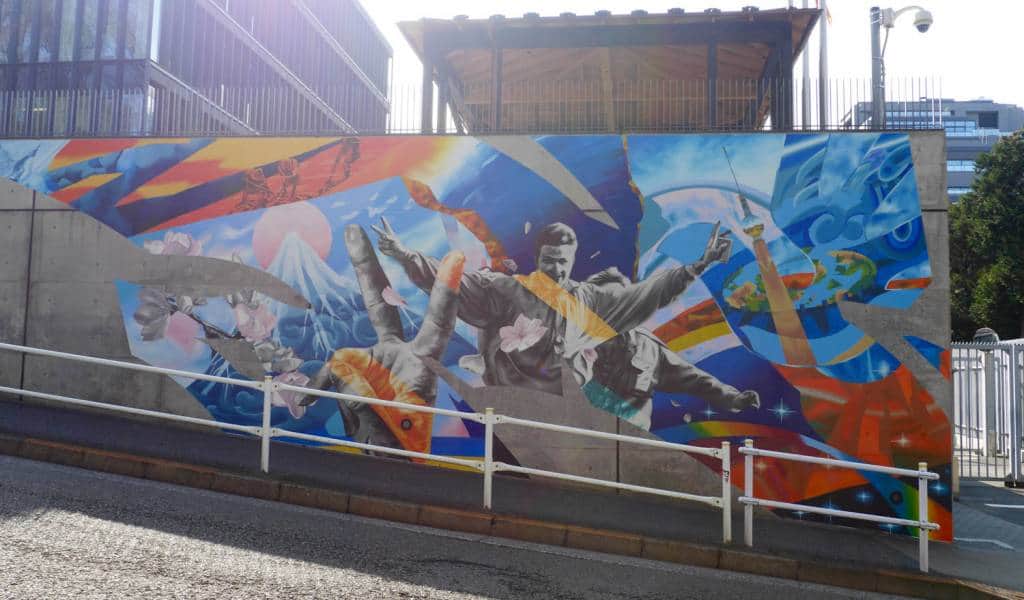 The German Embassy in Tokyo is home to a brand-new mural that’s bursting with color and camaraderie.

There are six sections devoted to medicine and science, culture, trade and economics, music, sports, and politics. Each section comes with a QR code, which leads to a post with more information on the German Embassy’s Instagram page.

Some of the prominent figures represented in the mural include:

The large-scale mural was spearheaded by art agency TokyoDex and created by artistic duo hitch and simo of WHOLE9. The installation is scheduled to be up through the rest of 2021.