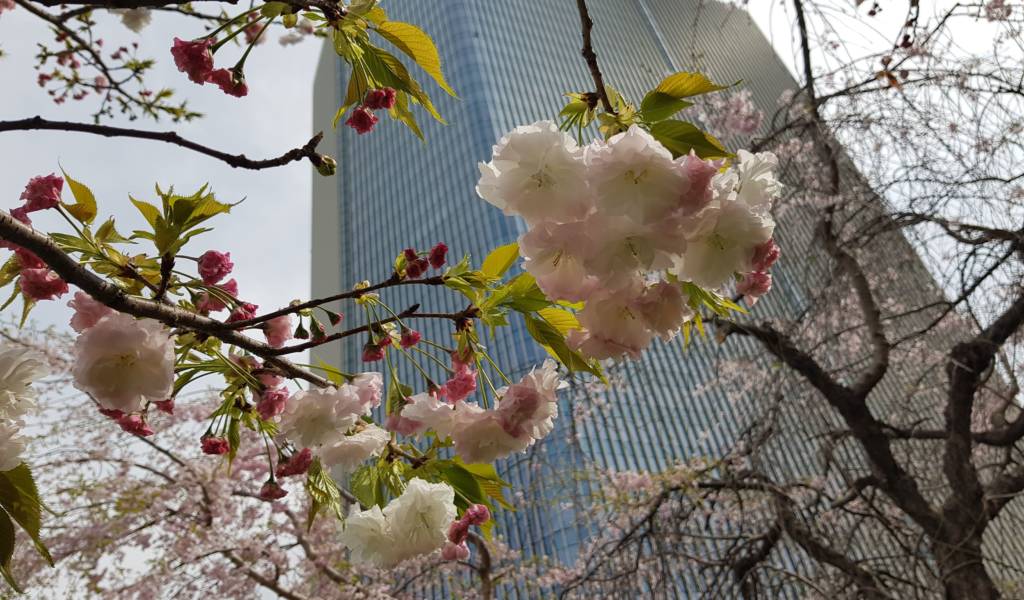 Located on the rooftop of the 10-floor Komatsu Building, is a remarkable one-of-a-kind oasis just a stone’s throw from the traffic and crowds of Akasaka and Roppongi. Constructed together with the building in 1966, the garden is actually home to mature cherry blossom trees that are even older than the garden in which they are planted.

Run by the Flower Association of Japan (located in the same building), the garden is divided into three distinct zones: the Sakura-teien (cherry blossom garden), the Deck Garden and the Square Garden. The last two were added in 2001 and 2003 respectively.

Even though the garden is popular for the cherry blossoms, flowers bloom throughout the garden all year round.

To visit the garden, report to the first-floor reception of the Komatsu Building just before 2 pm on a Friday. The garden is open for a two-hour window until 4 pm. There is a drinks vending machine on the roof, but sadly, picnics are not permitted. If Friday is a public holiday, the garden will be closed. During hanami season, the garden will occasionally be opened up for the same hours on Saturday. Email ahead to the Japan Flower Association if you are unsure.