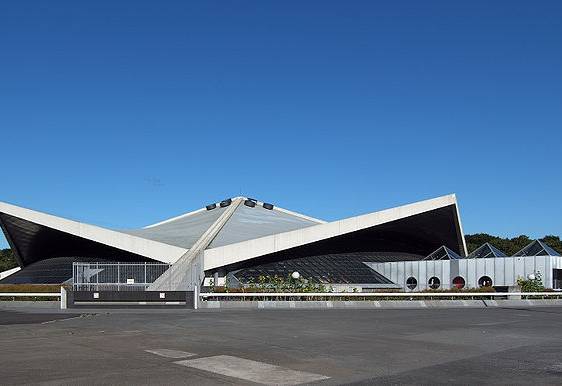 Komazawa Olympic Park is a large park in suburban west Tokyo that is mainly contained within Setagaya Ward, with a portion of the park spilling into neighboring Meguro Ward.

Originally intended as the main venue for the cancelled 1940 Olympics, the park was eventually constructed for the 1964 Tokyo Olympics. The park played host to sports such as soccer and volleyball, for which a stadium and a futuristic looking gymnasium were built.

Today, the park still fulfills its role as a sport park, with the park playing host to soccer, athletics, baseball, tennis, swimming and cycling events. There are also dedicated cycling and jogging routes around the park for recreational use by the general public.

The closest station is Komazawa Daigaku on the Denentoshi Line.