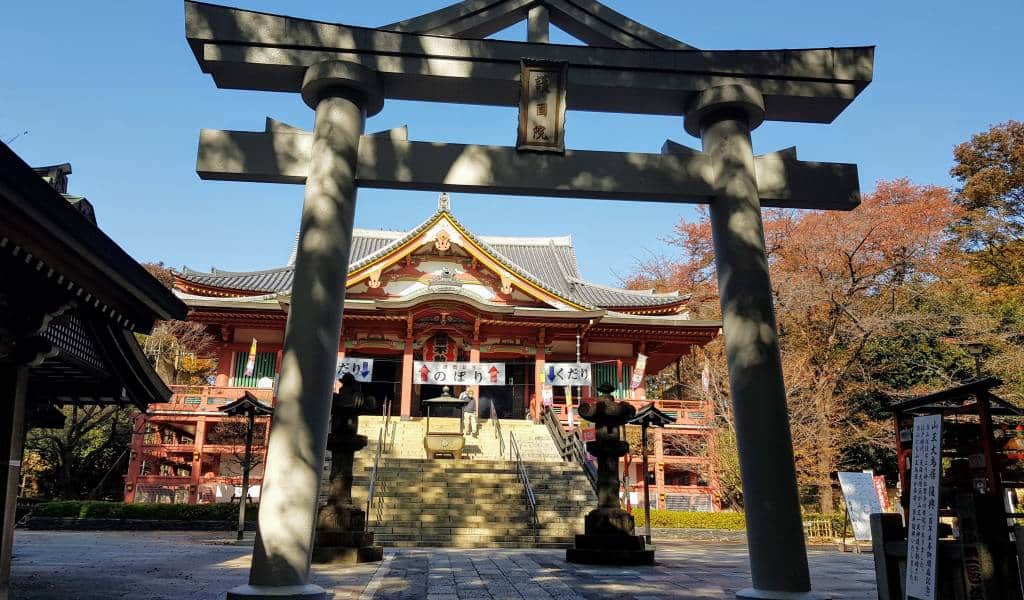 Ryusenji Temple, more commonly known as Meguro-fudō is a large Buddhist temple in the Meguro area. Rather than being named after the area that surrounds it, the temple is actually the source of the Meguro name.

Established in the year 808, Ryutenji got its more widely known name from the black eyed (meguro) statue of Fudō during the Edo period, during which the temple flourished.

Usually, the way to tell temples and shrines apart is relatively easy. If there is a torii gate, it’s a shrine. If there is no torii gate, then it’s a temple. Meguro-fudō however, doesn’t follow any of the rules. The first gate at the entrance, is a conventional temple gate with the two nio temple guardians, but then it starts to look like a shrine.

To the left of the stairs leading to the main hall is what looks like an actual Shinto shrine—even if the shrine guardian dogs look unusually benign.

Then, at the top of the stairs leading to the main hall is a torii gate. This is the main hall of a buddhist temple though, not a shrine. Judging by online explainers, Japanese are also confused as to the nature of Fudō temples.