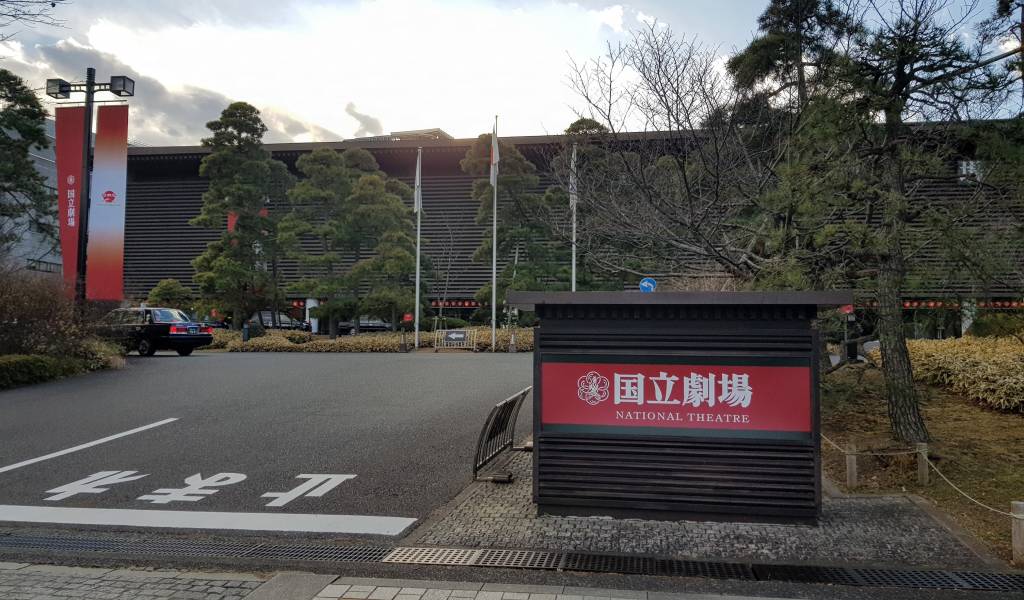 The National Theatre is a large theater complex located to the west of the National Diet Building, adjacent to the inner moat of the imperial palace.

Ticket prices vary depending on the show, the theatre, and the seat. For Kabuki in the Large Theatre, First Grade seats go for about ¥10,000, while Second Grade tickets sell for ¥6,000 and Third Grade tickets for ¥3,000. The most affordable tickets are for the regular “Engei” performances by up and coming performers in the folk theater. Tickets for these shows have a flat price of ¥1,500.

Some of the performances can be quite long and the language can be hard to follow for even Japanese speakers, so if get bored not being able to follow the narrative, then these shows may not be for you.