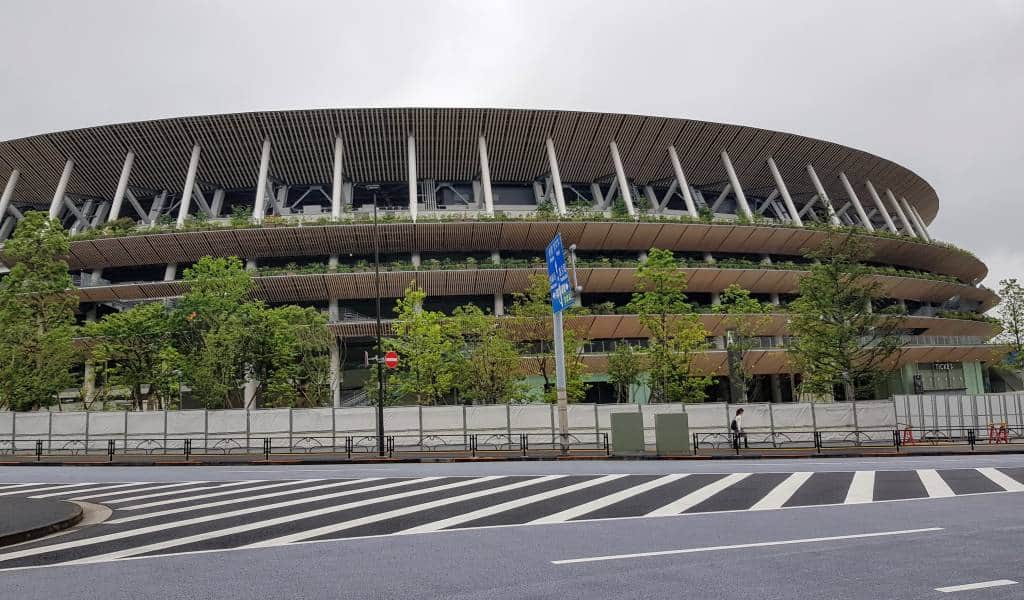 The Japan National Stadium (formerly known as the New National Stadium) was the venue for the opening and closing ceremonies as well as all the track and field events at the COVID-affected 2020 Summer Olympics in Tokyo.

The stadium was built to a design by Japanese architect Kengo Kuma after a previous design by Zaha Hadid was deemed to be too expensive.