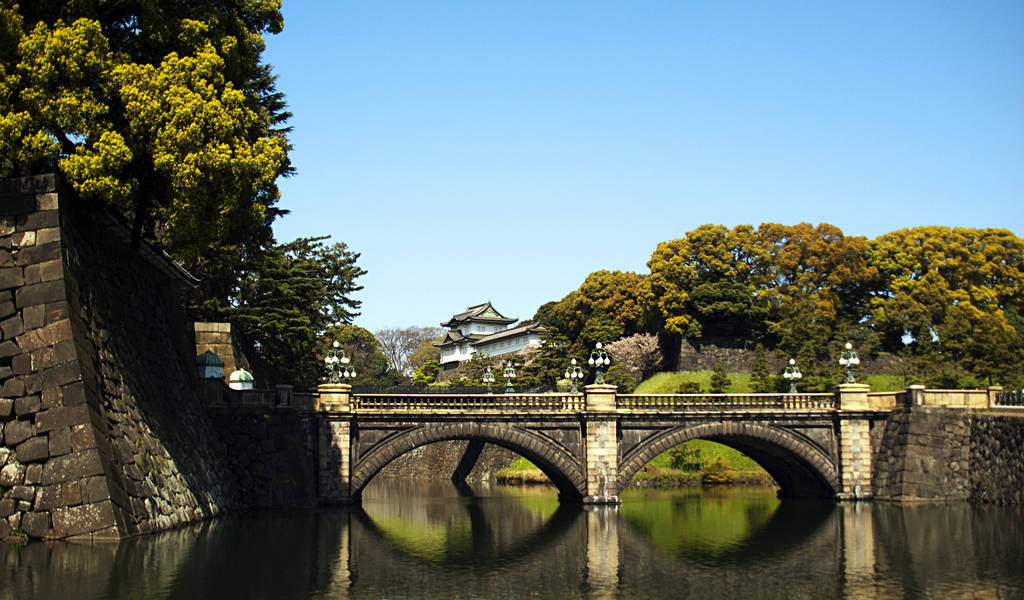 The nearby, more photogenic stone bridge is also often referred to as Nijūbashi, but it is in fact more correctly the kōkyo seimon ishibashi (Imperial Palace Main Gate Stone Bridge).

Either way, the bridges are popular attractions with tourists and for 363 days each year, are as close as the public can get to the Imperial Palace. The exceptions are January 2nd and the Emperor’s birthday when the bridges and the palace grounds are open to the public.