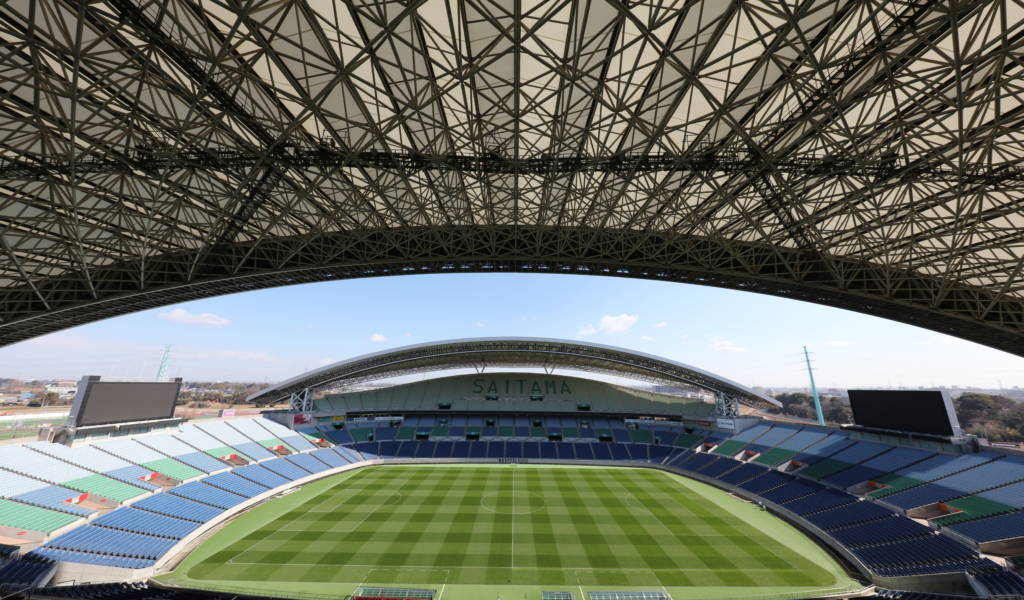 Japan’s largest dedicated football stadium will (unsurprisingly) be hosting football events during the 2020 Olympic games. The 30ha park includes a main stadium, three additional pitches and two futsal fields as well as family areas and a plaza to relax in.

The stadium will host group stage games in the womens’ competition between Sweden and Australia, New Zealand and the United States, and Brazil and Zambia.

In the mens’ competition, the stadium will host group stage games between France and South Africa, Japan and Mexico, Saudi Arabia and Brazil, and Spain and Argentina.

The stadium is also the venue for one quarterfinal each in the mens and womens competitions.

Saitama Stadium is a 15 minute walk from Urawa-Misono Station on the Saitama Kosoku Tetsudo Line.