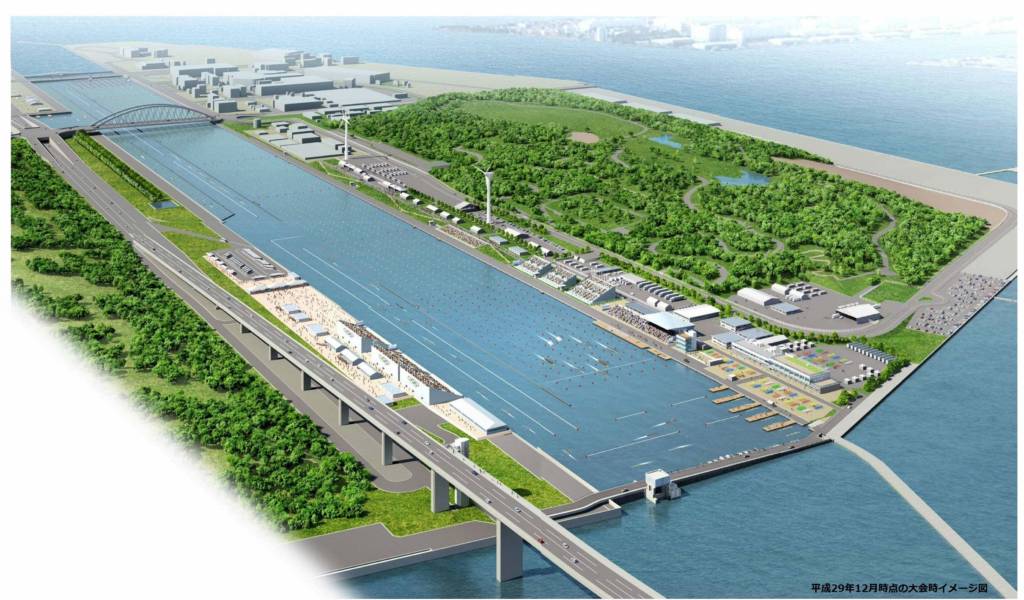 This specially built waterway hosted the Olympic rowing and canoe events for the 2021 event.

The waterway is located between two man-made islands at the mouth of the Sumida River in Tokyo Bay. The islands were constructed using landfill and buried trash. Uminomori (Sea Forest) island on the northern side of the course has since been converted to a green space with trees planted over the waste. The island to the south of the course is still being used to collect and dump waste.

Now that the games have moved on, organizers say the facility will become a center of rowing and canoeing in Asia.

Until now there hasn’t been much here, so there is no public transport and it’s not possible to walk there. You can access the venue by taxi or private car.