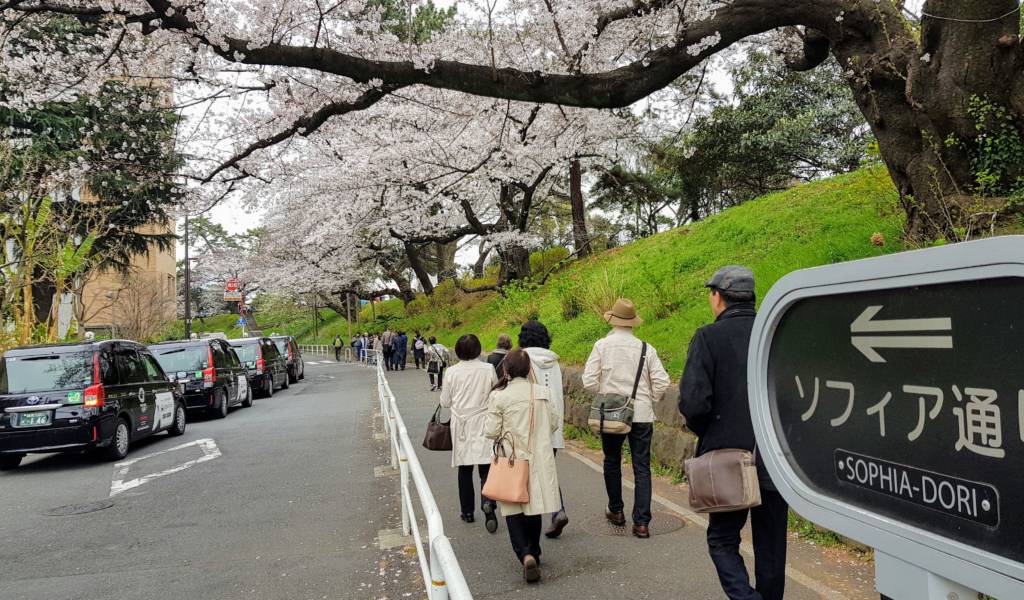 Skirting around the western edge of Sophia University, Sophia-dori is a normally unremarkable thoroughfare – except for the two weeks a year at the end of March/start of April when the cherry blossoms are in bloom.

The best walking course is actually at the top of the rise which runs alongside the street – which was the inner defensive wall of the Edo Castle outer moat. While the path at the top of the ridge isn’t very wide, it’s wide enough to squeeze in a blue sheet, making it a popular hanami spot.

Sophia Dori is right next to Yotsuya Station.