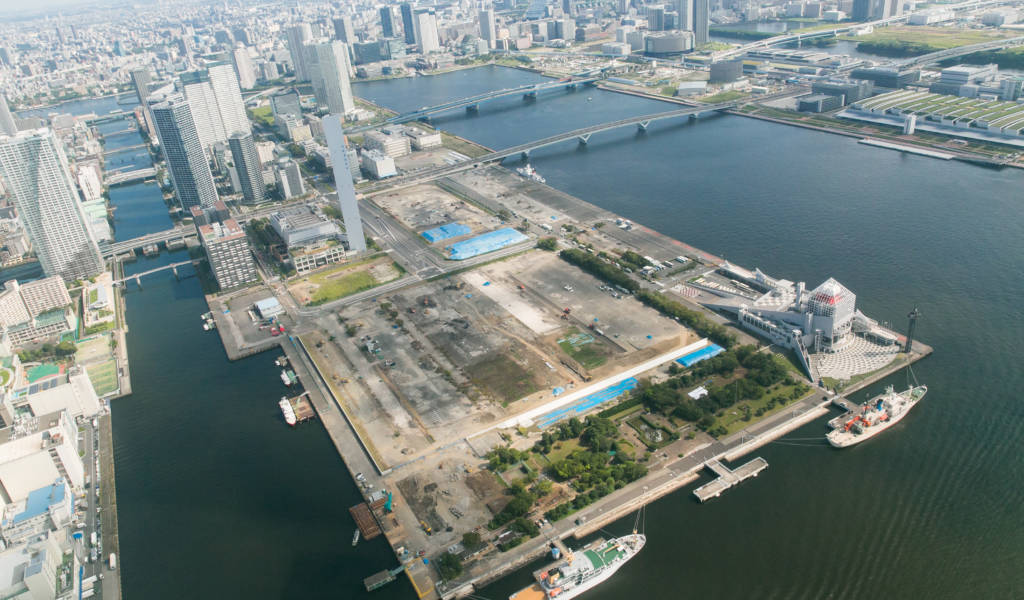 The home-base for Olympic and Paralympic athletes at Tokyo 2020, this area of the Harumi Waterfront has been transformed into a bustling, if not tightly controlled Olympic village.

Sited on reclaimed land in Tokyo Bay in the Harumi neighborhood, the village was completed in plenty of time for the original schedule of the 2020 games but due to the postponement, stood completely empty for a prolonged period of time until athletes began to arrive in July, 2021.

A feature of the rooms that was picked up by social media were the athletes’ beds, which were constructed from recycled cardboard. Contrary to rumors spread on social media, they were not “anti-sex beds”. The cardboard frames were intended to be as strong as coventional beds although we’ve yet to hear reports on how suitable they were for having sex on.

Now that the games are over, the area is being turned into a modern community with residential apartments and a whole range of facilities. Residents, many of whom purchased their apartments prior to the original date of the Olympics are not scheduled to move in until 2024.

The complex is easily reached on a bus from Kachidoki Station or by a (very draining in Summer) 20 minute walk.