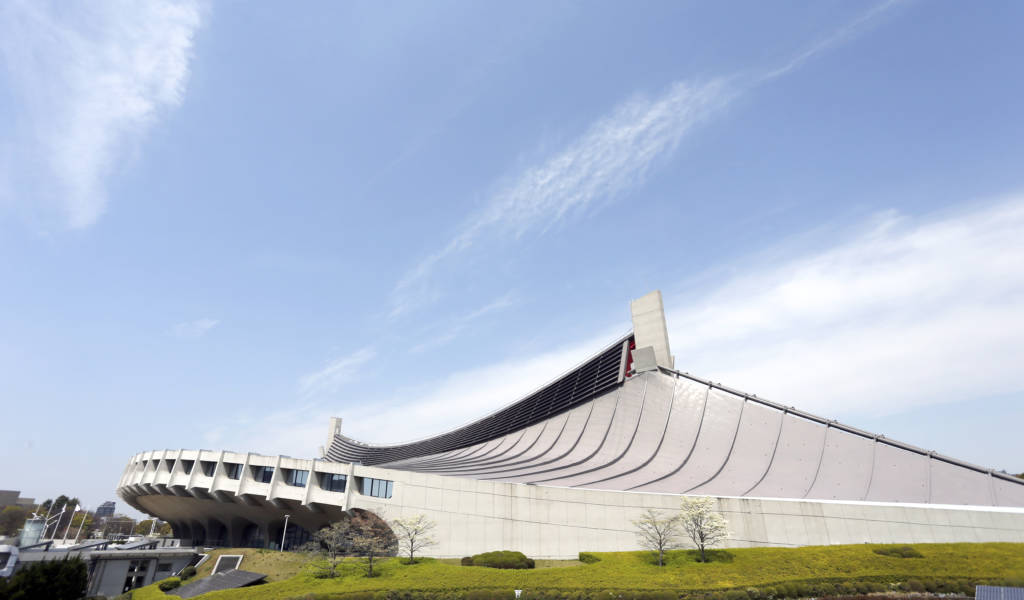 Designed by world-famous architect Kenzo Tange for the 1964 Olympics, the stadium was home to the swimming and diving events. In 2021, it was again used as an Olympics venue, this time for handball.

The landmark building is considered to be “the birth of modern Japanese architecture” by Kengo Kuma, who was inspired to enter the world of architecture after seeing the building, and subsequently went on to design the new Olympic Stadium for 2020.

The space has been used for volleyball championships, Westlife concerts and even Britney Spears shows—we’re sure Tange would be proud.

The stadium is a short walk from Harajuku Station on the JR Yamanote Line and Meijijingumae Station on the Tokyo Metro. The sidewalks and pedestrian overbridge connecting the station with the stadium can be intensely crowded on weekends.