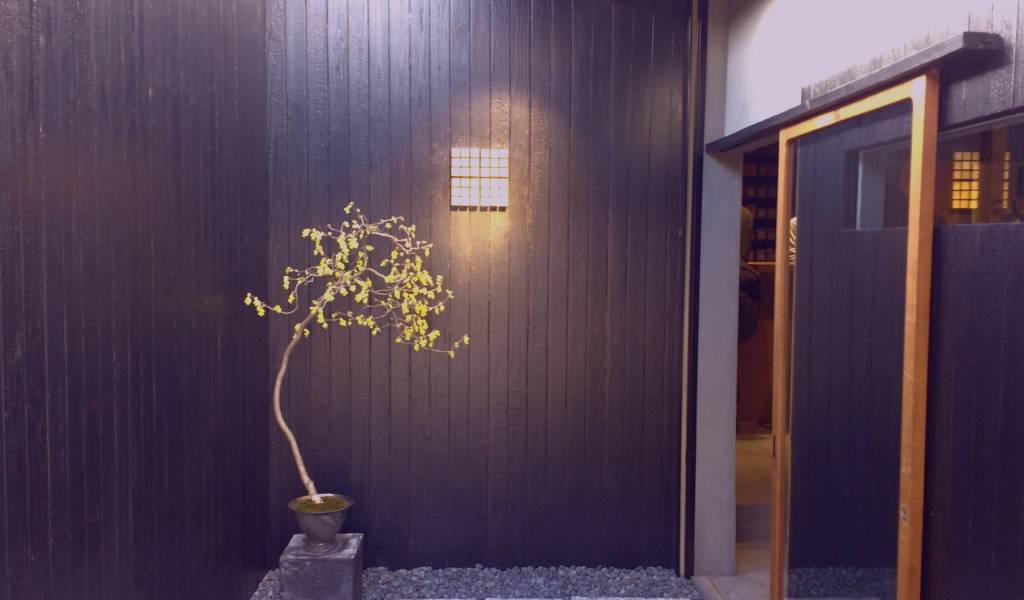 The re-incarnation of Omotesando Koffee which used to reside at the same location. The concept and experience however are quite different. Gone are the seats and also the milk. Instead, as the name suggests, Koffee Mameya is all about the beans (mame means bean in Japanese).

The closure of Omotesando Koffee was a sad loss when it shuttered its quaint doors in early 2016. What most caffeine fanatics didn’t realize, was that Koffee mastermind Eiichi Kunimoto had an entirely new concept in the works — Koffee Mameya.

Koffee Mameya opened at the end of January 2017 on exactly the same site on which Omotesando Koffee had been located, in a brand new custom-designed space. While the new space doesn’t have the tatami mats and vintage charm of Omotesando Koffee, it’s perhaps even more distinctively Japanese in its aesthetic.

So is Koffee Mameya just Omotesando Koffee with a new name and in a new building? Absolutely not. Koffee Mameya (mameya means a store that sells beans) is less of a cafe and more of a specialist coffee beans boutique. Something that was apparent when we interviewed Kunitomo previously, was that he is not a fan of milky coffees—for him, it’s all about bringing out the taste of the beans.

To this end, Kunitomo has picked a limited number of quality suppliers: three roasters from within Japan and two from outside. Upon entering Koffee Mameya, either Kunitomo or his assistant will present you with the beans currently on offer in a glass case embedded in the counter sorted by roaster and darkness of roast. Then comes the consultation in which you’ll receive a detailed explanation of the characteristics of each bean variety with the goal of prescribing the perfect cup for your needs.

The price of a coffee and the price of the beans themselves varies depending on the beans that you select. The cheapest (but by no means a low quality bean) costs ¥380 per cup. Unlike Koffee Mameya’s predecessor, you can choose whether to have your coffee prepared by the old school drip method or as an espresso.

For those craving the taste of Omotesando Koffee, the lowest-cost beans from Ogawa Coffee Roasters are the beans they used to use. No matter how your coffee was prepared last time, just a whiff of the fragrance will be instantly familiar. Of course there are at least 15 other options, so consult with the Koffee doctor to get what you’re looking for.