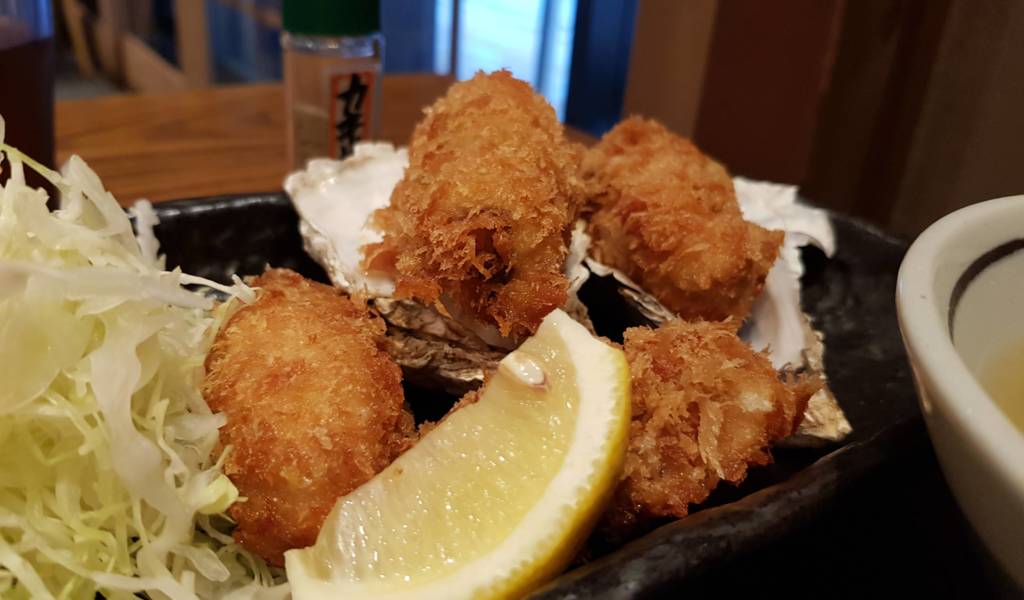 Billed (by their own promo material) as having Japan’s number one fried oyster set meal, Oysteria Hokkaido Akkeshi is a popular eatery on the ground floor of the Coredo Muromachi 2 shopping center, next to Mitsukoshi-mae Station.

The oysters have a crisp, tasty outer shell, with plenty of flavor and freshness left in them. With the set that I tasted, there were two very large oysters laid out in oyster shells and two smaller oysters next to them. You can add another oyster for a couple of hundred yen.

The á la carte menu features raw oysters from ¥390 for an “M size” right up to ¥590 for an “LL” oyster. These sizes are very strictly defined in Japan, so you can be sure that your oyster will be the promised size!

There is also an extensive sake menu if you hit this place in the evening (we won’t judge you for a little day drinking either). The overall atmosphere is conducive to a few drinks with an izakaya-like feel, playing up the folksy Japan vibe with a rustic decor and a twangy tsugaru-jamisen soundtrack.

The place is not hard to find (as long as you have the right Coredo—there are 4 of them). There is usually a big line outside as it’s a popular spot with the local office workers.