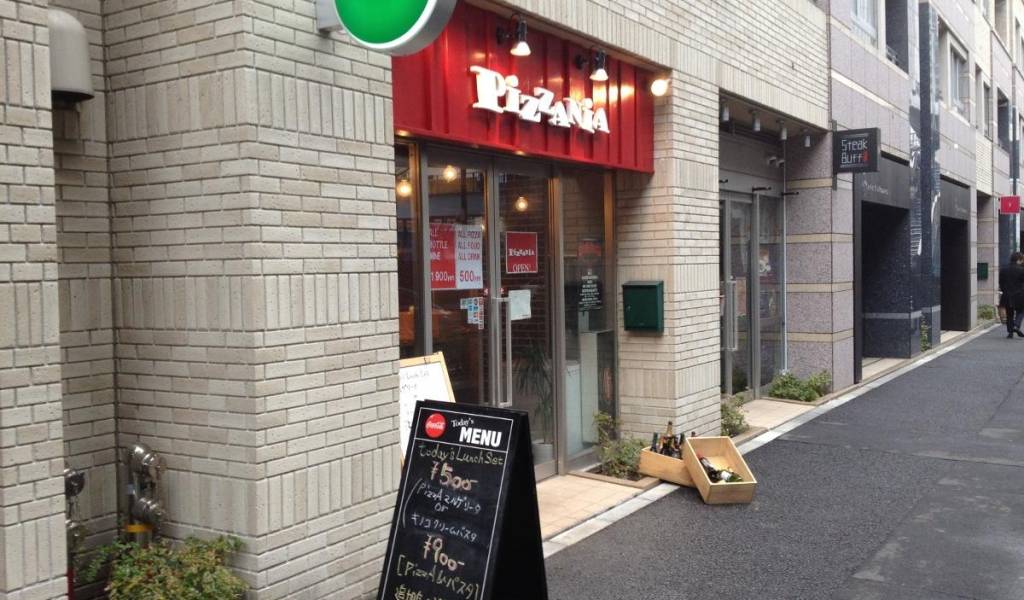 Like many cheap food establishments in Tokyo, Pizzania keeps things cheap by keeping things simple.  They offer a range of pizza, pasta, antipasto appetizers and drinks for 500yen each.  For lunch, the deal is even better – although the choice is less. For 500yen, you can choose between the standard Pizza Margerita or a Cream Mushroom Spaghetti with the classic grated cabbage, lettuce and carrot salad (which seems to be a lunch set staple irrespective of the cuisine) and a free drink – your choice of orange, cola, ginger ale, tonic water or oolong tea served in a tall wine glass. 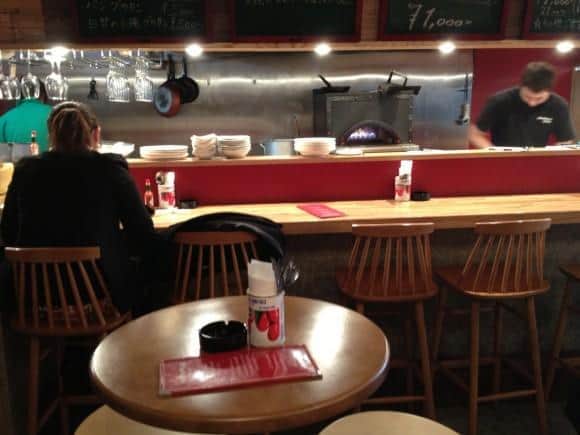 On the dinner menu, they also have some classic Japanese flavours like potato mayonnaise, seafood, spicy mexican, tuna mayonnaise and the mysterious ‘mix pizza’ which is probably not a mix of the other flavours.  The pasta menu expands to include bolognese, neapolitan, carbonara, genovese and peperoncino.  The drinks also are set at 500yen, which is probably where they make their money as it’s not nearly as good a deal as the pizza or pasta. 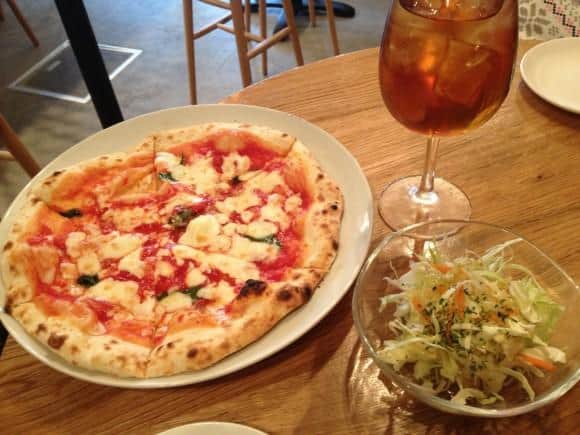 The pizza dough was good but the tomato sauce was a little too liberally applied so as to make the dough soggy. The cheese also was a little oily, lumpy and a little too much. A little more of the fresh basil would have been better.  They do have a gas fired pizza oven, but if you’ve had pizza from a wood fired oven, you know the smoky taste.  Unfortunately that was missing here. Mind you, for the price, you can’t really complain. However, when compared to the fantastic Sempre Pizza, it doesn’t quite measure up.

Pizzania is located on Roppongi Dori, mid way between Roppongi and Tameikesanno Stations. In fact it’s as accessible from Akasaka as it is from Roppongi.  Hotel APA Roppongi Itchome Ekimae is just two doors away.