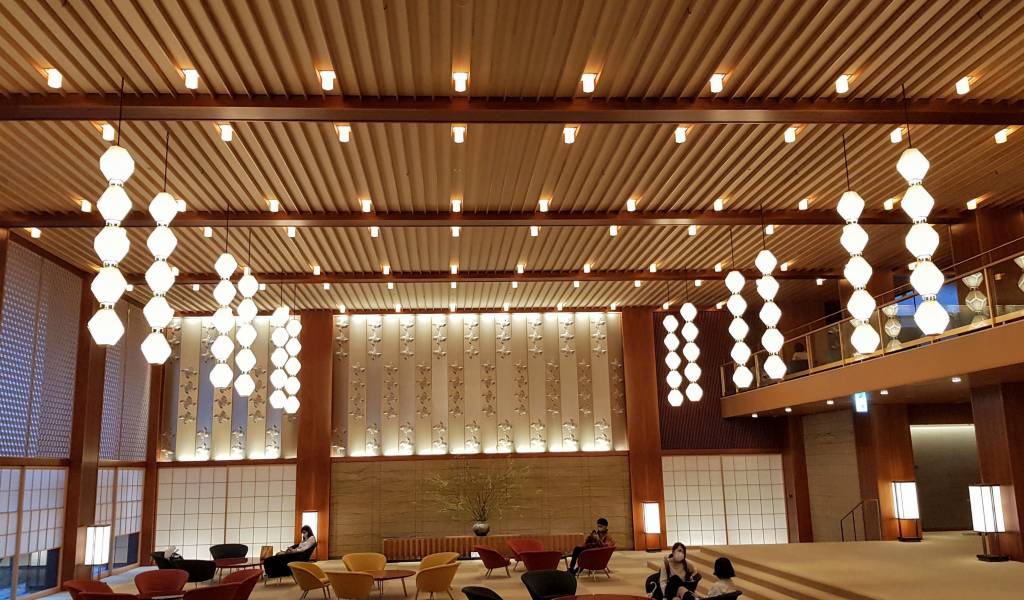 The previous incarnation of the Hotel Okura was an icon of Japanese style. All that was smashed to pieces in 2015, with a couple of brand new shiny glass towers taking its place. The new hotel opened its doors in 2019.

While the distinctive architecture of the old hotel is gone, they have tried very hard to retain the essence of the interior, which featured in the James Bond movie You Only Live Twice.

The 1960s hotel was designed by Yoshiro Taniguchi, while the 2010s version was designed with the assistance of his son—Yoshio—who is a renowned architect in his own right.

Among the elements retained from the old interior are the distinctive lamp shades that hang from the ceiling. The furniture and colors have that 1960s modernist feel to them as well.

While it may cost a small fortune to stay here, they won’t kick you out for just wandering around and enjoying the architecture.

If you want some of the 1960s feel, you can still stay in the aging South Wing which was built in a similar period to the 1960s hotel.