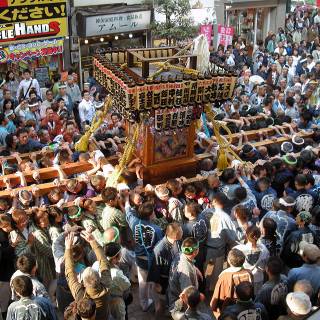 Originally conceived in 1956 as an April Fool’s festival (“Baka” is the Japanese word for fool or idiot) the festival now happens closer to May 1st and isn’t all monkey business.

Most of the entertainment is fairly conventional, with troupes from all the popular summer dance forms taking part – from samba to yosakoi to awa-odori. The fool part involves some participants dressing in comedic costumes.

It’s Akabane’s biggest festival of the year with attendance estimated at 400,000 people.