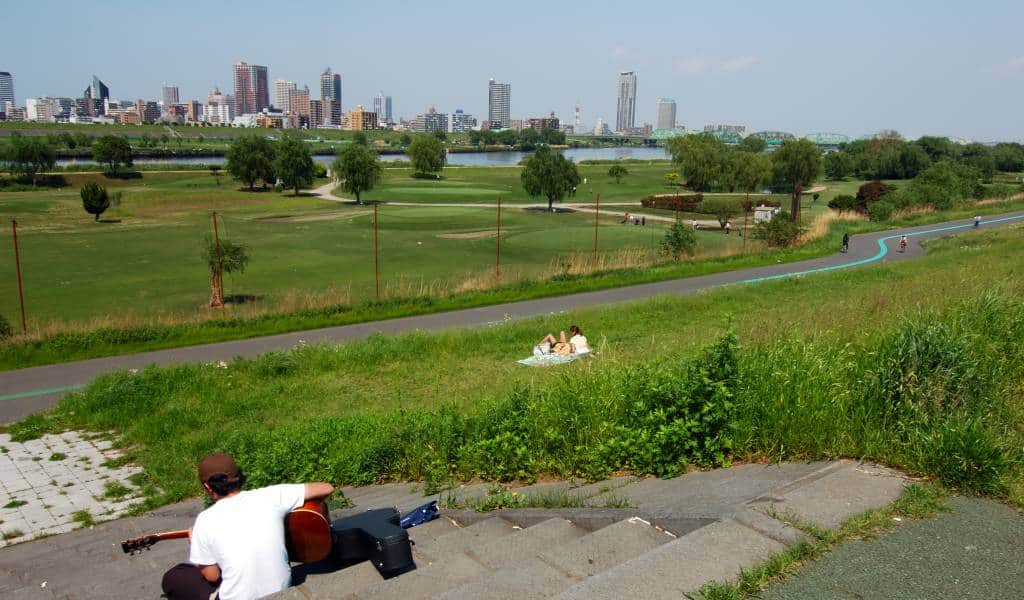 Next stop Saitama – Akabane is a major train station and district in the northern Kita Ward of Tokyo. It’s on the Keihin Tohoku Line, the Utsunomiya Line, the Shonan Shinjuku Line and the Saikyo Line. Akabane Iwabuchi Station on the Tokyo Metro Namboku Line is nearby but the two stations aren’t connected.

The North Exit of the station is the traditional shopping area and also the main entertainment area with lots of izakaya and other drinking establishments. As with most major JR stations that lie a little further from downtown, there is also a small red light district.

The South Exit of the station has seen more large scale development in the last twenty years or so, so this is where you will find large format retailers like supermarkets.

All Map Locations
Do you want all our best tips on Tokyo? Download our ebook guide!