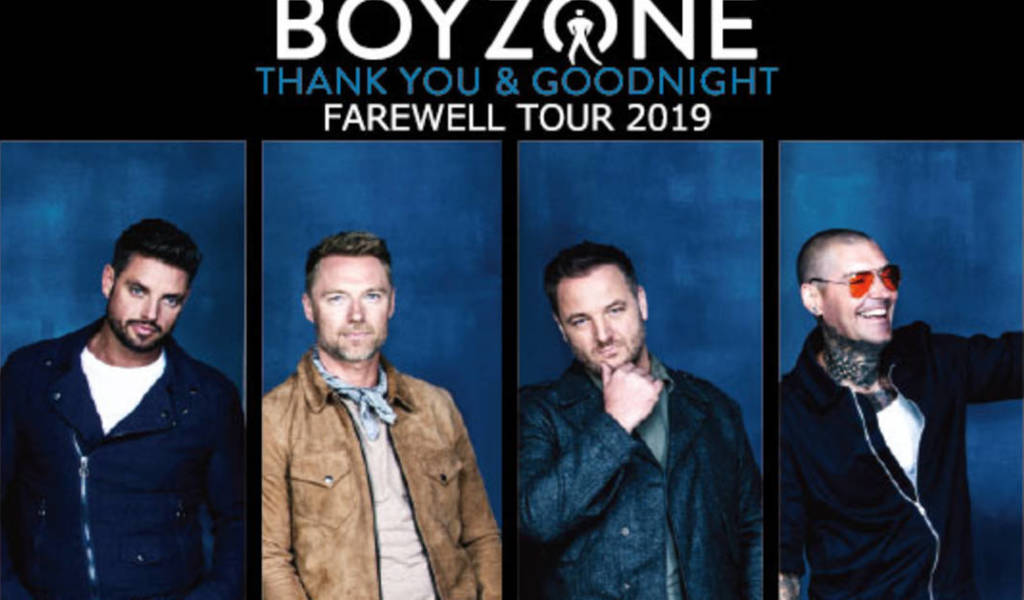 Performing in Japan for the first and last time, Boyzone will be bringing all their classic hits to the stage before their planned break-up in December. Having sold over 23 million singles during their pop heyday, the Irish boyband are known for tracks including No Matter What, Baby Can I Hold You and When the Going Gets Tough . Ronan Keating will be joined by three of his four bandmates (Stephen Gatley died in 2009) for their final tour, with a mix of old and new songs. In 2018, the band released Love and Because and have been climbing back up the charts worldwide.

Both nights will take place at Toyosu Pit, with standing tickets costing ¥15,800 and VIP ones costing ¥25,000. The show starts at 7pm and doors open at 6pm. There will also be a performance in Osaka, with tickets costing the same.