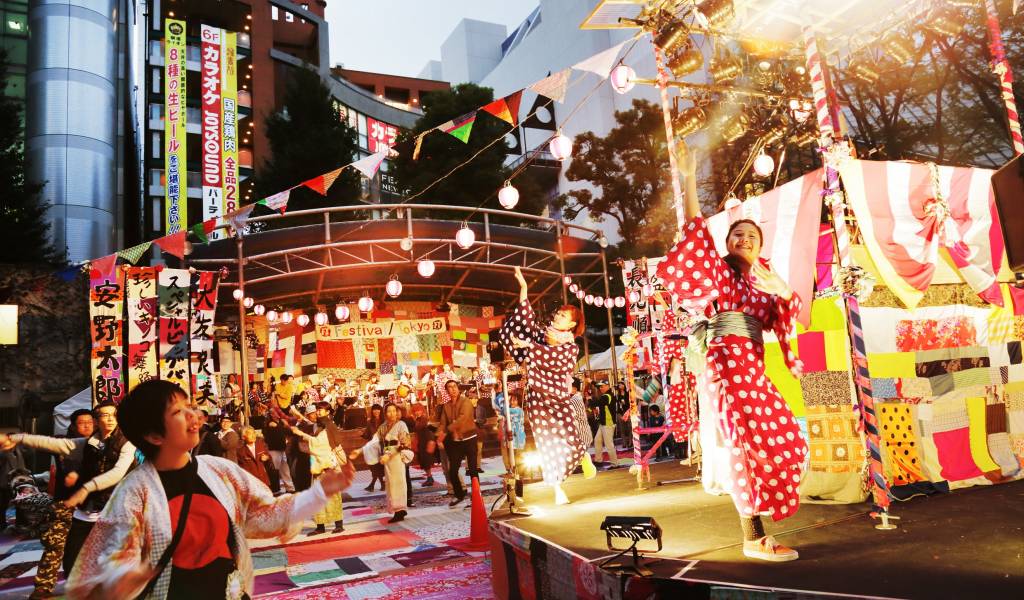 A Fukushima-inspired outdoor festival of live music and songs.

PROJECT FUKUSHIMA! once again opens Festival/Tokyo with two days of music and dance, featuring a giant cloth on the ground made with materials collected from around Japan as well as live music and an original Bon dance with a special song inspired by Ikebukuro. Following its earlier appearances in 2014 and 2015, this is the final chance at Festival/Tokyo to catch this community event first launched in the wake of the 2011 Great East Japan Earthquake to restore something positive to Fukushima.

Highlights include the Ikebukuro Bon Band, newly formed by guitarist Jun Nagami with members of the public, and a Bon dance with unique costumes that anyone can join in.