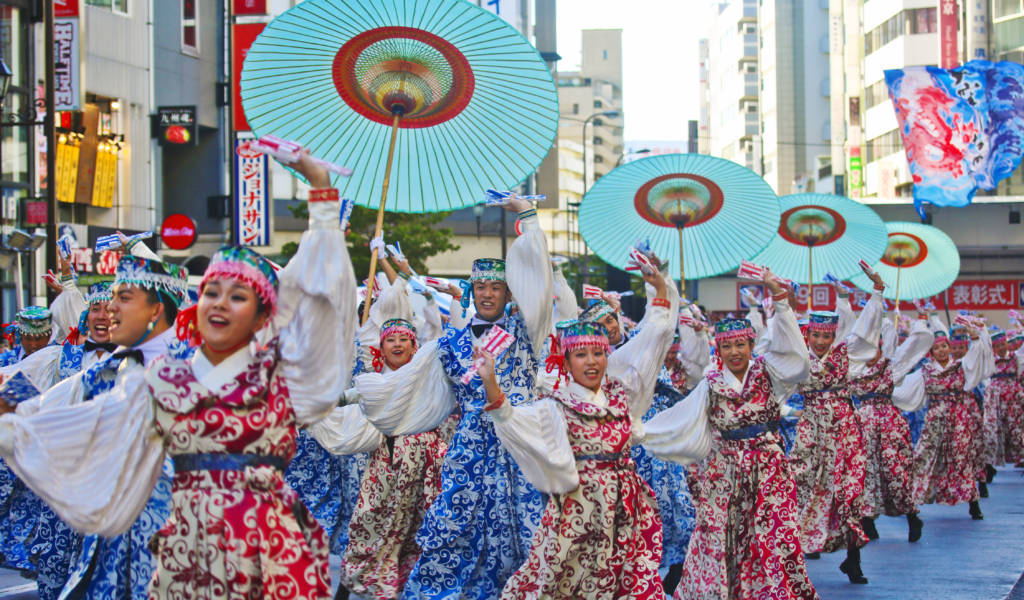 Pic: iStock.com/JianGang Wang
Sharing
We are yet to confirm the dates and details of this event.

The Fukuro Festival began in 1968 as a promotional event for four local shopping districts on the west side of Ikebukuro Station. Since then, it has grown to be one of the largest events in the area, with the two-part festival taking in the entire neighborhood of Ikebukuro in a festive atmosphere.

The first section is known as the Owl Festival, while the second half is known as the Tokyo Yosakoi Festival. The festival (usually) includes an opening ceremony as well as mikoshi (portable shoulder-borne shrines) parades, taiko drum shows, lion dances, hayashi festival music, yosakoi dancing and an Okinawan Eisa Dance show.