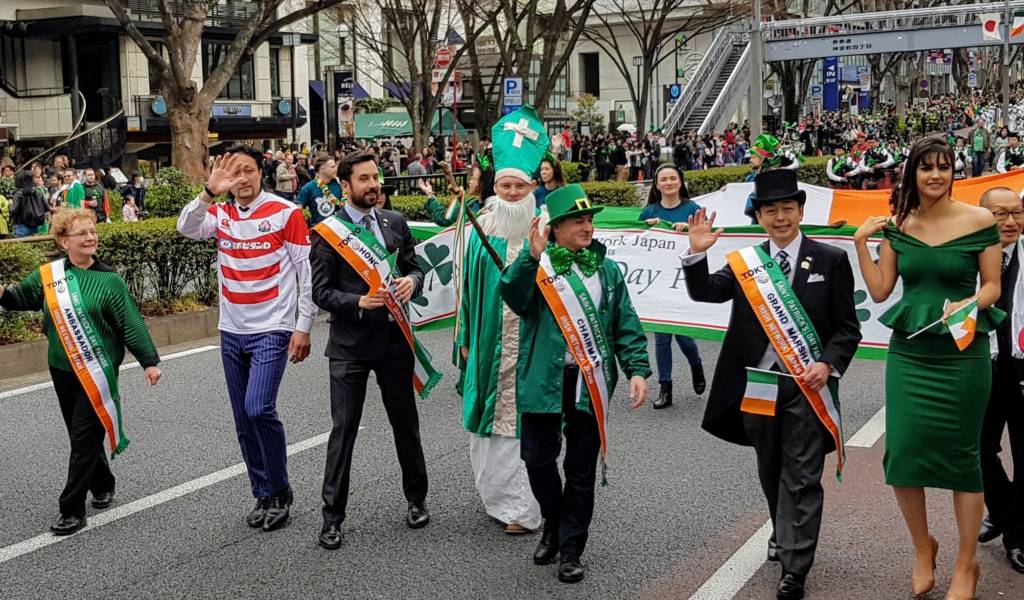 Pic: Gregory Lane
Sharing
We are yet to confirm the dates and details of this event.

St. Patrick’s Day in Tokyo is celebrated every year in two parts. The first part is an Irish cultural festival at Yoyogi Park—the official site outlines the day as including: traditional musical and dance performances, Irish sports (hurling, perhaps?), and an Irish gourmet booth where you can try Irish stout, stew and steamed oysters. The event will be entirely cashless – with plenty of support in setting up a card of your choice (nothing crazy – just use a suica/pasmo etc), including a machine to convert foreign currency to electronic yen.

Usually the parade comes down the hill from Omotesando towards Meijijingu-mae Station on the Gyre/Dior Building side of the road and then does a U-turn at the Omotesando/Meiji Dori intersection before heading back up the Omotesando Hills side of the same street.