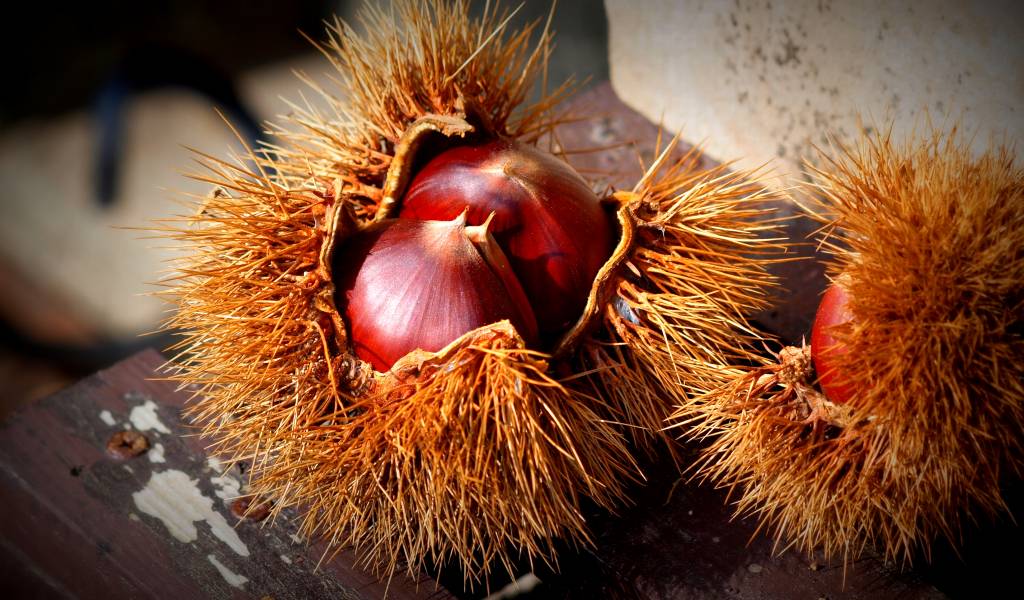 The Autumn Festival at Okunitama Jinja Shrine is also called the Chestnut Festival because—you guessed it—the region is known for its top-quality chestnuts. Apparently, they were presented to the Tokugawa Clan during the Edo period because they are that good.

This festival has a lot of history, going back all the way to 1738. Because the chestnut season overlapped with the kagura dance rituals, the festival became known as the “Chestnut Festival.”

Each year a yoimatsuri (a kind of pre-festival festival) is held on September 27th before the main festival the next day. Besides eating chestnuts, the highlight is the 260 paper lanterns that light the area. Started in 1925, in the present day hand-drawn pictures are sketched on the lamps, which makes for a fun display.

To prevent the spread of COVID-19, many events have been canceled. Always check official sites before heading to an event.
Open with Maps
27th Sep–28th Sep, 2021
9:00am – 9:00pm
Ōkunitama Shrine
Free
https://www.ookunitamajinj... ⚠️ Link in Japanese
Fuchu
In the event of rain, lanterns will be lit on the next weekend
Fuchu-Honmachi Station, Fuchu Station
Typical weather at this time:
High: 26 ºC Low: 19 ºC
Powered by Dark Sky