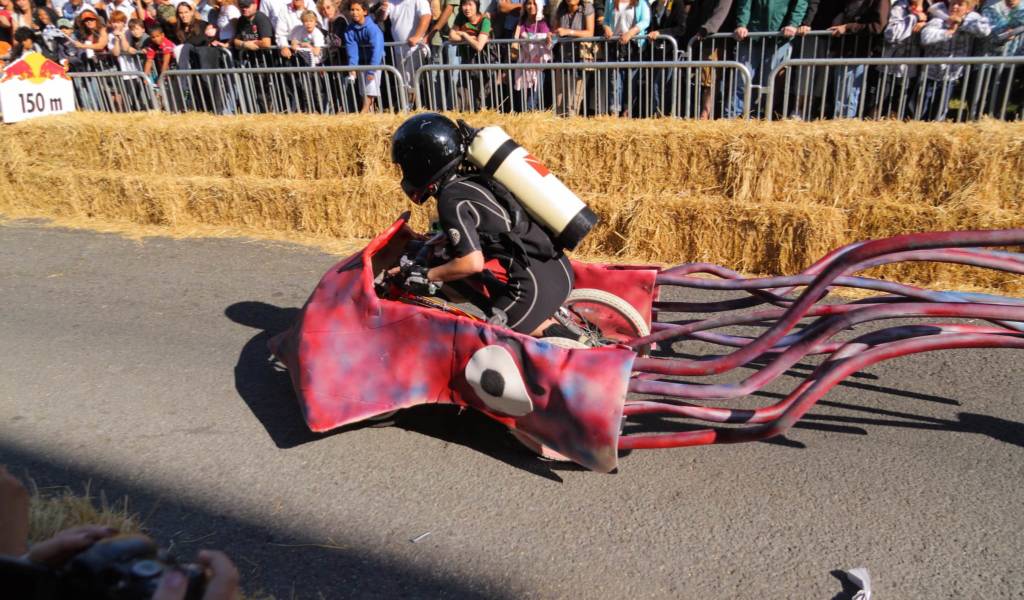 Held over 110 times across the world, the Red Bull Box Car Race is a lively and entertaining event to say the least. At it’s fourth incarnation in Tokyo, there will be over 50 teams taking part in their hand-made and self-designed carts, ranging from the adorable ‘father in law and daughter in-law’ family team to the super-smart Dartslive team. The course has hills, hay bales and huge crowds – be sure to get a good spot along the route in Yomiuriland.

The day is set to begin at 10am but the race won’t begin until 12:50pm and runs until 4.30pm, with the prize giving at 16:40. Judges include the Honda F1 Managing Director Masafumi Yamamoto, Ski Jumper Takanashi Sara, Red Bull 2018 B-girl Champion Ami and a random man called Matt apparently (possibly of greater significance, but we don’t know it).

To prevent the spread of COVID-19, many events have been canceled. Always check official sites before heading to an event.
Open with Maps
6th Oct, 2021
10:00am – 5:00pm
Yomiuriland
Free
Tama
Typical weather at this time:
High: 26 ºC Low: 16 ºC
Powered by Dark Sky