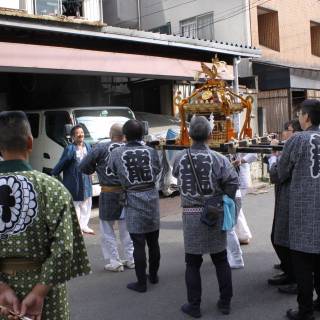 Even the office/nightlife district of Roppongi has its own local neighborhood festival.

The gods enshrined at Tenso Shrine—located between Tokyo Midtown and the National Art Center—go for a spin around the neighborhood in their fancy (little) portable shrines on the Sunday starting at 12:30pm.

The official name of the festival is the Tensojinja Reitaisai.