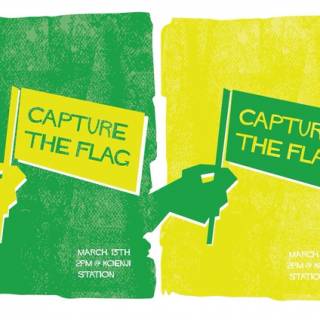 All the fun of CAPTURE THE FLAG, but with the added twist of navigating the streets (and people) of Tokyo!

For those of you unfamiliar with the game, the objective of the game is for players to make their way into the opposing team’s territory, grab the flag and return with it to their own territory without being tagged. In this URBAN edition, teams will be defending and navigating territories that are located within the narrow, busy streets of Tokyo. Do you have what it takes to outwit the other team?

Takes place near Koenji Station: in the roundabout from south exit.