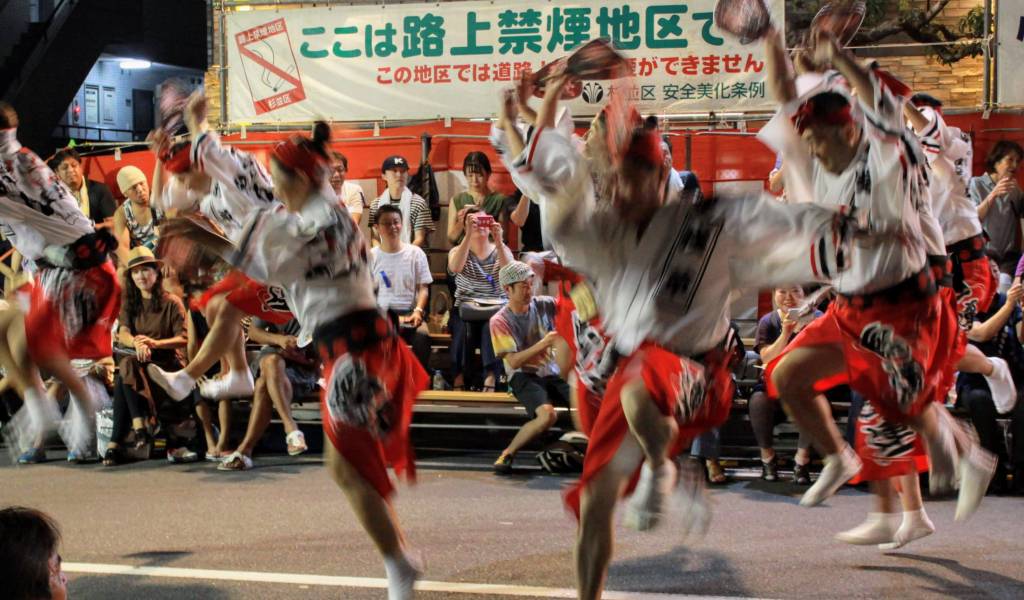 Koenji is a lively stop on the Chou line with a reputation for live music, just a short distance away from Shinjuku.

According to a resident, “Koenji is a great neighborhood. It’s a lot like Shimokitazawa but the average age might be a few years older and the scale is a little smaller, which makes it fun for walking around on a weekend afternoon. It has a great bar and live house scene–the neighborhood was in fact ground zero for Tokyo’s punk scene in the late 1970s and early 1980s, though it’s not as punkish as it used to be. The dining is also pretty good, heavier on the cheap eats than fine dining–the izakaya in the arcade under the JR line and close to the station are particularly recommended if you’re on a budget, especially Taisho yakitori, with three outlets all close to the station. The rents can be a bit expensive for a neighborhood outside the Yamanote line because it’s a popular stop and it’s on the Chuo line. However, they seem to come down quickly once you move away from the immediate area of the station and main streets, just like most other places around Tokyo. For people who want to enjoy the nightlife, one small down side is that while it is fairly lively, it doesn’t seem to be as lively as Shimokitazawa or downtown areas like Golden-gai or Shinjuku 3-chome or Shibuya or Ebisu. I get the sense that many Koenji residents play in other parts of Tokyo and then stop off in neighborhood bars only late at night for a last tipple or two before going home.”

All Articles about Koenji
Do you want all our best tips on Tokyo? Download our ebook guide!