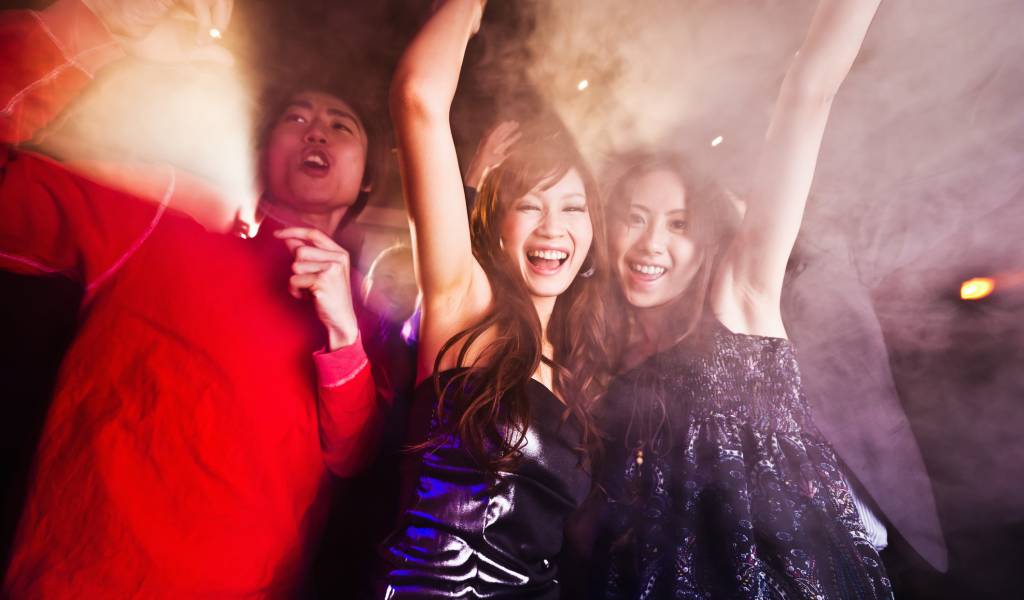 Navigating any of Tokyo’s endless subculture scenes is a bit of a feat, but navigating the Tokyo nightlife scene is an entirely different beast. With limited transport after midnight, regular door prices for entry into venues and language barriers, exploring the party scene can be both a mystery and a gamble.

The city is broken up into many smaller city hubs, famous for a selection of cultural niches, and music genre is no exception. So if you want to party like a local, the key to a good night is knowing what areas do what style best. Here’s a guide to the Tokyo nightlife scenes.

Note: Opening times and schedules may change at the following venues due to the COVID-19 situation. Always check the official venue sites for up-to-date info.

Techno, house, the more serious side to electro

Shibuya is home to the highest density of techno clubs in the city. Wander the streets on a Saturday night and chances are you’ll hear the full thud-thudding of a hypnotically repetitive techno beat emanating through back-alley walls and escaping momentarily through the gaps of open club doors. Representative of how seriously Japan takes its music fandom, Shibuya’s clubs boast some of the best sound systems in the world. Here’s where to experience them first hand.

Located down a parking garage just off the well-trodden Dogenzaka, about a five-minute stroll from Shibuya Crossing sits this cavernous techno hub. Relentless in their championing of new and upcoming talent as well as hosting plenty of legendary figures of the scene (like Ben Klock, Marcel Dettmann and Giorgio Moroder to name a few), the venue hosts parties most nights of the week, but you can expect their blockbuster line-ups on Friday and Saturday nights.

Sitting on a well-trafficked intersection of Omotesando is VENT, a nightclub as tastefully designed as the high-end neighborhood it calls home. Although it may feel almost clinical in its minimalist aesthetics, the interior of this place is a genius contrast to the wholly encompassing soundtrack that swirls through the dance floor. With a carefully selected roster of international and local names taking the stage on Fridays and Saturdays, it’s dangerously easy to lose the entire weekend in here.

For showy, bottle service-type glamor and the types of people that attracts, V2 is the spot. The club was once called Vanity, which says it all. The venue is throbbing most nights of the week thanks to its rotating roster of international and local DJs playing drop-heavy bangers all night long. Positioned high atop the glittering lights of Roppongi, the club offers a pretty incredible view too.

Located in the more outer suburb of Shinkiba is AgeHa, the biggest club in all of Tokyo. Given how far out of the center of the city it is, paying a visit to this multi-building indoor/outdoor venue is an all-night (until the next day) kind of experience. On the weekend the club runs buses between the venue and Shibuya every half hour, which can be a bit of a party in itself.

Hip-hop, rap, trap and everything in between

For hip-hop culture, fashion and record stores Harajuku is typically Tokyo’s hip-hop heart. The backstreets of this fashion-forward neighborhood are lined with overflowing sneaker stores, while the area is also home to Manhattan Records, the city’s go-to place for all hip-hop tastes. However, for live events, two major clubs have built their success on the foundations of the genre.

Just down the road from Harajuku in central Shibuya is where you’ll find this nightlife mainstay, a party legend for over two decades now, club Harlem. It’s said that the venue welcomes around 160,000 visitors (pre-pandemic) throughout the year. Mainly sticking to the worlds of hip-hop, trap, and rap, the club’s expert DJs pride themselves on their uncanny ability to mix old-school vibes with the energy of the genre’s most ambitious upstarts.

In the laid-back, vintage-fashion-centric neighborhood of Shimokitazawa, the live indie and rock scene is so healthy that it’s very possible to spend an entire weekend trawling the weaving alleys hopping from venue to venue and not even managing to scratch the surface of what’s available. It feels like in Shimokita (as the locals call it), there are as many live venues as there are bands, but there are definitely a few highlights.

Arguably the biggest, most legendary live music house in the area, Three is a labyrinthian network of smoky cavernous, beer-splattered rooms nestled just below street level down one of Shimokita’s less-trafficked streets. The venue hosts a broad selection of acts which vary depending on the night, but you can quite comfortably expect plenty of tight black jeans style indie rock ‘n roll. Shows kick off pretty early here, like around 6 pm on a busy weekend, so don’t dawdle.

A little more reserved than its grungy neighbor, 440 is a great place to pop by for a more refined glass of wine, a relaxed, soft-lit ambience and incredible live music most nights of the week. The venue regularly hosts jazz-style events but indie folk and softer rock stylings are also mainstays.

Koenji is the home of Tokyo’s punk scene hands down. Sure it may have been stripped of its rock title by Shimokitazawa a little while back, but when it comes to punk, there’s no question that this is Koenji’s turf. There are definitely more venues here than you’d realistically be able to visit in a month of partying, making it a multiple visit type ‘hood, but there are a few standouts.

Its name is an homage to the London club of the same name which saw the rise of psychedelic sounds of the 1960s come into mainstream consciousness. A little later than its predecessor, Koenji’s UFO Club is really no less strange. You can expect everything from noise-art, to metal, to punk, psych and everything in between.

Sitting a few hundred meters from Koenji Station in Sound Studio Dom, which by day is a rehearsal studio, and by night is a super cheap live music haunt and party space open for hire. Because the venue doesn’t really have a strict venue booker system, the line-up of the night can really depend on who’s throwing the party, making it a bit of a mixed bag, but that’s part of its charm. Also with super affordable drinks and regular BYO policies, it’s always a very budget-friendly option.

Written by: Lucy Dayman
Filed under: Music and Nightlife
Tags:
Sharing
Questions or comments about this article?
Start a thread on our community forum
Ask our local experts about Tokyo