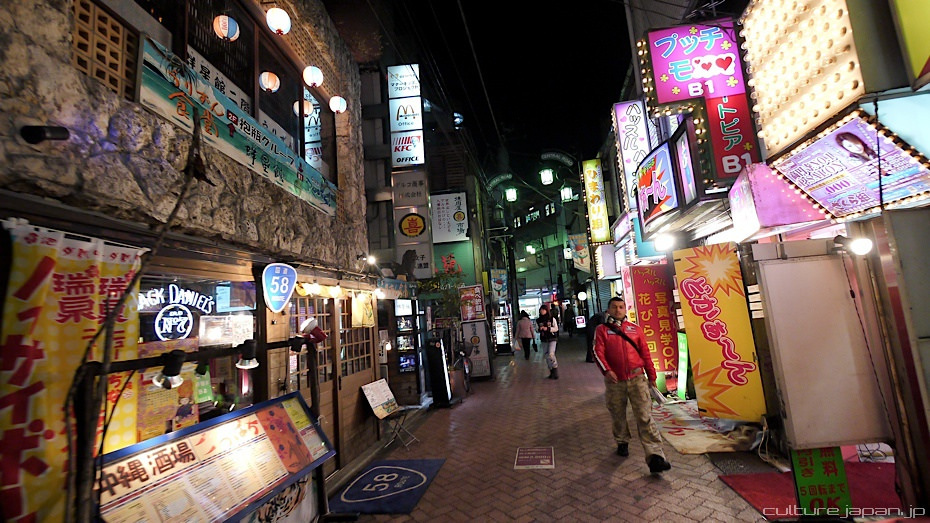 Although ostensibly an area that is little different from the rest of suburban Tokyo, it’s to Koenji’s credit that it doesn’t take much digging to discover that appearances can be deceptive. In this small community in Suginami Ward, the varied threads of the city’s counterculture come together, creating a neighborhood that punches well above its weight in terms of alternative music, art, fashion and politics.

Koenji’s leftfield reputation sprang to life in the 1970s when it became the locus of the Japanese punk scene. Despite this, today it retains relative anonymity and has not witnessed the same kind of gentrification inflicted upon it as Shimokitazawa, an area it is often compared to. The result is somewhere that is understatedly cool, with plenty of options to keep a curious visitors entertained.

If you’ve got some yen burning a hole in your pocket, Koenji won’t let you down. There are stores everywhere but the district is a far cry from the opulence of Omotesando or the sterile uniformity of your average shopping mall.

A good place to start is the PAL Arcade, a covered shotengai just 2 minutes from the station’s southern exit. The arcade and the alleys beyond are lined with small independent stores, selling everything from vintage clothes and used records to old-fashioned toys and handmade jewelry. The highest concentration of stores can be found on Look Street, a narrow shopping street just beyond the arcade. It must rank as one of the hippest streets in the city yet Look Street rejects preening pretension. In fact, the low-rise, slightly ramshackle buildings are endearing, especially at night under the lamplight.

Although most stores will be open through the week, the best time to visit is the weekend, when everything is guaranteed to be open and the atmosphere is at its best. There’s no need to get there early either, most stores stay open well into the evening.

Check out some art

For decades artists have been attracted to Koenji’s cheap rents, but limited space means opportunities to actually see some art are surprisingly limited. The acclaimed Kita-Kore Building excepted. Part gallery, part clothing store, part portal to another dimension, the place has quickly garnered a reputation as a prime example of Tokyo’s unique brand of weird.

A number of stores call the Kita-Kore Building home, each playfully displaying their wares among amassed curiosities and general bric-a-brac. The neo-Dadaist artist collective Chim Pom also use the building as their base, running a gallery space named Garner. In their own words: “Exhibitions are curated by Chim↑Pom irregularly at the rotten building which could be demolished at any time”. Better get there soon then.

Go to a show

You need to go and watch some live music to really understand Koenji. There are live houses everywhere, hidden in basements and upper storeys, each night hosting bands and artists that represent the cream of the city’s underground scene. Be warned, shows usually start relatively early (around 18:00 typically) and can be a little pricey due to the strictures of putting on live music in Japan.

Sound Studio DOM can be found in the PAL Arcade; it’s actually a rehearsal place but often doubles as a DIY venue, where sub-strands of punk and hardcore are the norm. Muryoku Muzenji is a long-standing live house that most often reverberates with the avant-garde sound of noise bands and experimental musicians. Wherever you choose, however, you’re unlikely to see anything that could be accurately described as bland.

Eating and drinking in Koenji

Like any part of Tokyo, Koenji isn’t short of restaurants, izakaya and bars. Close to the station you’ll find all the usual chain joints, but venture a little further and there’s plenty of far more interesting options. Tensuke, for example, is a small place with a unique specialty: egg tempura. Cooked right in front of you, the artful display from the chef makes the preparation look easy, though it’s said that only the bravest of tempura chefs dare attempt it. Though there’s no English menu, some of you will be happy to hear that the head chef speaks perfect English and will happily talk you through your options.

For a drink, you could do a lot worse than Tico, a standing bar with a glowing reputation. The long bar is lined with huge glass jars, filled with concoctions like seaweed-flavored sake and spiced liquors. There’s always a good crowd at Tico no matter the day of the week, it’s pretty cheap (300 yen cover charge) and stays open late.

Written by: Jack Heslehurst
Filed under: Things to do
Tags:
Sharing
Questions or comments about this article?
Start a thread on our community forum
Ask our local experts about Tokyo