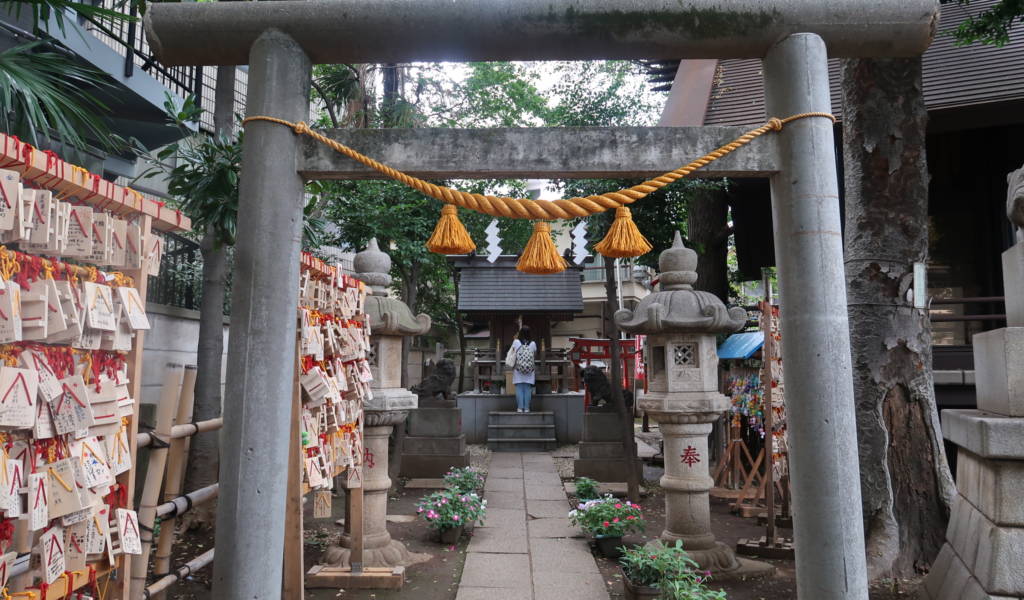 Koenji: Where Old-School Nostalgia and the Arts Converge

Note: The author joined a walking tour of Koenji organized by Suginami Ward.

Less than 10 minutes away by train from Shinjuku, Koenji is known as a retro paradise and hipster haven, with live music venues (called “live houses” in Japan), old-school shopping streets called shotengai, a treasure trove of vintage shops, and thriving arts scene. Despite its low-key vibe, Koenji, in Suginami Ward, is bursting with character, so for a change of pace from the chaotic bustle of Shinjuku, head west to get acquainted with this chill neighborhood.

Suginami Ward has a special, exclusive offer for Tokyo Cheapo readers, so read on and visit Koenji for yourself!

From temples to punk

Koenji owes its character to its colorful history. It was named after Shukuhozan Koenji, just one of the many temples around the area. After World War II, a black market thrived in the area; check out the alleys under the train tracks, crammed with izakaya (Japanese-style pubs) and restaurants, for that post-war Tokyo vibe.

The Tokyo Koenji Awaodori (also spelled “Awa-Odori”) festival is the neighborhood’s pride and joy, and it goes all the way back to the late 1950s, when the associations running Koenji’s shopping arcades thought of holding a dance festival to drum up business and to celebrate summer. They settled on Awaodori, Tokushima Prefecture’s lively dance to welcome and pray for the spirits of the dead during Obon, and a tradition was born.

Tokyo Koenji Awaodori has since become Japan’s second-largest Awaodori festival and the largest outside Tokushima. Typically held during the last weekend of August (though it will be held earlier than usual in 2020, due to the Olympics), the festival draws huge crowds each year.

In the 1970s, Koenji became ground zero for Japan’s punk and underground subculture, which is why, to this day, the area has a thriving alternative music scene.

Koenji may have become associated with many different scenes over the years, but one thing remains consistent: its link to counterculture, all things retro, and the arts.

Getting to Koenji is easy-peasy! Koenji Station is on the Chuo Line, as well as the slightly slower Chuo-Sobu Line. It’s just 6–10 minutes away from Shinjuku Station. Note that the Chuo Line does not stop at Koenji Station during weekends and public holidays.

You can also get off at Shin-Koenji Station on the Marunouchi Line, but be sure not to take trains bound for Honancho. These are on Marunouchi’s branch line, and will not stop at Shin-Koenji.

Both stations are a 12-minute walk away from each other, so I recommend getting off at one station—I started at Shin-Koenji—then ending your journey at the other.

A neighborhood full of shopping streets

Koenji is dotted with shotengai (shopping streets). On each street, you’re bound to find at least one shop offering an assortment of quirky, fascinating knick-knacks in the so-called Koenji style. You’ll also pass by plenty of vintage and secondhand shops and, occasionally, some colorful street art along the way.

The most popular shopping streets are Look, Pal Arcade, and Junjo. The former is near Shin-Koenji Station, while the latter two are to Koenji Station’s south and north, respectively.

On Look Shopping Street is Nanatsu Mori, a famous kissaten (retro-style cafe) with a homey, inviting ambience. It’s known for its omurice, a Japanese dish that consists of rice topped with an incredibly fluffy omelet.

This comfort food is considered yoshoku (Western-influenced Japanese cuisine), but don’t let the “Western” part fool you—this dish is as Japanese as you can get!

Nanatsu Mori also has a charming practice of giving 5-yen coins tied with a ribbon as change, to double as a good-luck charm.

Along Pal Arcade is Toyokiya, a shop that’s been providing for Awaodori teams’ needs for years. It also has unique curios that make for good souvenirs, so you don’t have to be an Awaodori dancer to enjoy shopping there.

Meanwhile, Junjo Shopping Street is seen as an icon of Koenji, so be sure to take a photo by the archway marking the start of this shotengai.

Soak in a sento

With virtually all homes nowadays having baths and showers, the number of sento (public bathhouses) have decreased significantly over the years, but Koenji still has a handful.

For a literal immersion into the traditional lifestyle, visit Benten-yu, located in a residential area around six minutes away from Shin-Koenji Station. This humble, family-run sento was established in 1929. Fun fact: it’s appeared in some TV shows and commercials!

While Benten-yu’s exterior remains the same as it was 90 years ago, its interior and amenities have changed over the years. Don’t let the old-school reception area fool you—the sento even has free wifi! Despite these changes, visiting Benten-yu is like slipping back in time. The ladies’ area has a hooded hair dryer from the 1950s, while the men’s area has a vintage weighing scale.

As of October 2019, the fixed price for sento in Tokyo is ¥470, which only covers admission. But at Benten-yu, don’t worry about showing up empty-handed, as shampoo and soap are provided for free. Renting or buying a towel won’t set you back too much, either.

In the past, most people bathed at sento out of necessity, but most sento patrons nowadays do it as a social activity, so come unwind with the locals! Just be sure to follow Japanese bathing etiquette, and you’ll be good to go.

Weathering together at Kisho Shrine

It’s not uncommon for Shinto shrines to have smaller shrines within their grounds, and Koenji Hikawa Shrine, near Koenji Station’s South Exit, is no different. This shrine complex is best known for Kisho Shrine, Japan’s only shrine dedicated to the weather. People visit this shrine to pray for good weather on a particular date.

Kisho Shrine’s unique weather-themed omamori (charms), omikuji (fortunes), and ema (prayer tablets) are quite charming. Omikuji are normally slips of paper, but Kisho Shrine’s are shaped like teru teru bozu, little dolls that are hung outside windows to bring about sunny weather. They come in eight different colors, each with a different meaning. (It’s a blind draw, so you can’t choose!)

The ema are shaped like geta (wooden clogs), because in the olden days, people used to throw geta in the air to predict the weather.

If the photos look familiar, that’s because Kisho Shrine was featured in Makoto Shinkai’s hit film, Weathering with You (2019).

The dance of fools

Awaodori is known as the “dance of fools” because a line in a commonly used song goes: “If both the dancer and the spectator are fools, you might as well dance.” The dance alternates between frenetic and slow movements, making for lots of energetic fun. You too can join in—the steps are easy to learn, and the Tokyo Koenji Awaodori Promotional Group is all too happy to teach you!

The Za Koenji theater hosts an Awaodori workshop several times a year—usually once a month. You’ll be treated to lectures about Awaodori and the history of Koenji’s famous dance festival, watch an Awaodori performance, try playing musical instruments used in the dance, and even try dancing yourself.

Have fun going around in a circle as you chant the standard call-and-response: “Yatto sa? Yatto-yatto!” As the cliche goes, just dance like no one’s watching—and afterward take photos with the dancers to mark the occasion.

The workshop is conducted in Japanese, but staff can help explain in English. As of this writing, it’s best to sign up and contact the organizer in advance to make sure that English-speaking staff are on hand.

Of course, if you just want to try dancing and playing the instruments, you don’t need to understand Japanese to have a great time! Pamphlets in English are also given out at the workshop.

And if you’re thinking of exploring another chill, low-key Suginami Ward neighborhood, Ogikubo, home of the Suginami Animation Museum, is a good place to start.

A special offer for cheapos

Now that you’re done reading about Koenji, you simply must pay the area a visit!

Visit any of the following attractions:

After you’ve visited one of the above places:

Tenugui is a traditional Japanese hand towel that can serve a variety of purposes. With its lovely design, this tenugui can be used as a washcloth, a gift wrapper, or even a fashion statement.

Note: You must actually use the sento, join the Awaodori workshop, or watch the Awaodori performance to be eligible for this offer.